Preservation Chicago today announced its 2007 list of "Chicago's Seven Most 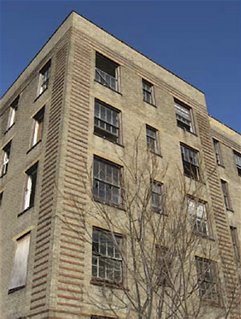 Endangered Buildings" at a noon-time press conference at City Hall. The grass roots group cited The Farwell Building, which earlier this month received a momentary reprieve when the Commission on Chicago Landmarks voted down a proposal to strip its facade, demolish the building, and remount the facade on another building.

Also on the list are the Rosenwald Apartments on South Michigan, the Archer Avenue District in Bridgeport, the Wicker Park Commercial District along Milwaukee Avenue, 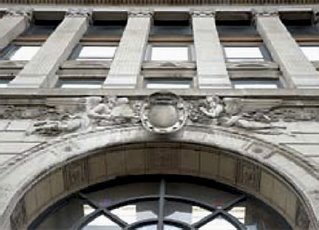 the Julia C. Lathrop Homes at Clybourn and Diversey, the North Avenue footbridge over Lake Shore Drive, and Pilgrim Baptist Church, the Adler & Sullivan designed landmark that burned to the bare walls in January of 2006. At a press conference earlier this week, Mayor Daley announced he has agreed to chair the fund-raising effort to reconstruct the church, and the Chicago firm of Johnson and Lee Architects, in conjunction with Quinn Evans Architects, were named architects of record.

Preservation Chicago's 2007 Most Endangered List can be viewed here, with links to PDF's, including photos, on each of the listings.