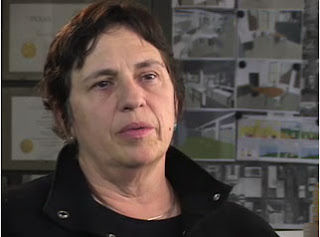 2006 interview of master architect Carol Ross Barney, whose work, both in Chicago, and in the award-winning Federal Office Building in Oklahoma City has won international recognition, and resulted in the architect winning AIA's 2005 Thomas Jefferson Award.

Not only is there the usual transcript, in Adobe Acrobat format, but it's among the first to also to be videotaped, with five extended excerpts available on the history's webpage. (Videos are also included on new oral histories of architects Gertrude Lempp Kerbis and Cynthia Weese.) The vocal inflections and physical mannerisms of the subjects reveal the subjects' personalities in a way that words on a printed page cannot, taking the interviews to a deeper, more expressive level.

The wide-ranging interview depicts the way Ross Barney's Catholic upbringing shaped her moral and world view, leading her to become a Peace Corps volunteer in Costa Rica. She discusses how her years at Holabird and Root established relationships that would help her land her first clients when she opened her own practice, now Ross Barney Architects, in 1981.

Ross Barney definitely considers herself a Chicago architect. "As far as being about Chicago, I'm very rooted to this place. I spend my entire life within ten minutes of 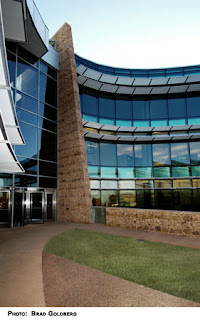 my birthplace. I was born in Grant Hospital. I was baptized at St. John Cantius Church. They're both about ten minutes from here. So, I feel rooted here. In the early years of my practice, when I'd get a
commission - even ones that are pretty well-known, like Cesar Chavez [Multicultural Academic Center] or Little Village Academy—I didn't spend much time researching about the place because it was my place and I knew it almost instinctually." That all changed when she won the commission for the Oklahoma City Federal Building that replaced the Alfred P. Murrah Building, destroyed by a car bomb in 1995 in what was then the deadliest act of terrorism on U.S. soil.

Ross Barney also talks about the founding of Chicago Women in Architecture, and ends with the discussion of a design for a new Federal Courthouse in Cape Girardeau, Missouri, which was deep-sixed by the district's influential Congresswoman. Ross Barney's transcript, at only 58 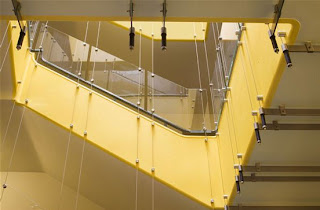 pages, is one of the shorter interviews on the Oral History website, but in architects' years, the Lady in Black is still little more than a pup, with a long future of great projects hopefully still before her.

This Wednesday, September 19th, at 6:00 Ross Barney will be appearing in McCloska Auditorium of Rem Koolhaas's McCormick Tribune Campus Center, 3201 S. State, at the Illinois Institute of Technology, where she is a visiting professor. Her lecture is titled Material Investigations. Perhaps she'll touch on such recent projects as the Yellow Stair, a redesign of one of those 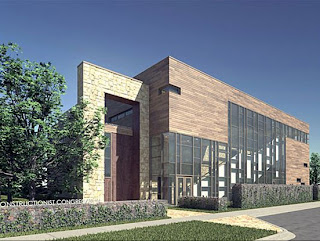 famous stairwells at the Museum of Science and Industry, a new public library in Champaign, and her synagogue for Jewish Reconstructionist Congregation in Evanston, designed to attain LEED Platinum status.

You can read Ross Barney's oral history - and see the videos - here.
You can read my 2004 interview with her here.