How to Make a Silver LEED Gold, plus the last of the Merchandise Mart Indians

photograph courtesy of our anonymous correspondent . . . 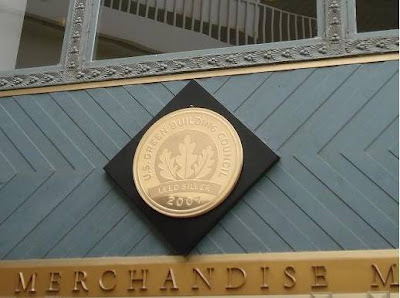 And speaking of political correctness and the Merchandise Mart, here's a photo from The Box House blog showing one of the indian heads that once graced the facade of the center tower. 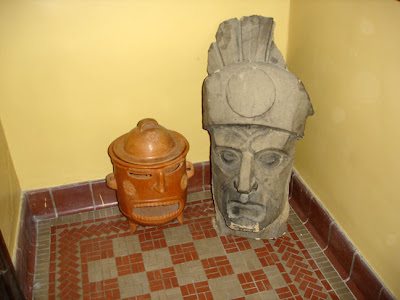 There were once fifty six terra cotta American Indian chiefs that circled the center tower of the Mart; they were three and a half feet wide and seven feet tall. Unfortunately, they were all removed and, according to the Merchandise Mart history page, destroyed in 1961 to put up clean-looking and modern concrete plates. We found "Chief" at an estate sale; the woman's father had been involved in the demolition of the terra cotta facade, and managed to save this piece.

Here's a photo from the Merchandise Mart's website architectural history page showing how the chiefs looked in their original location. 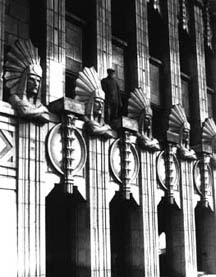 The Box House blog features posts on "How two generations of a family are working to make an Evanston two-flat into a home." There's also some great historical stuff, like this post on Theodore Roosevelt's 1903 visit to Evanston.

Lynn, Thanks for the link to The Box House!

Look what I found! http://www.chicagoarchitecture.org/2014/05/22/lost-pieces-of-merchandise-mart-found-in-a-suburban-garden/