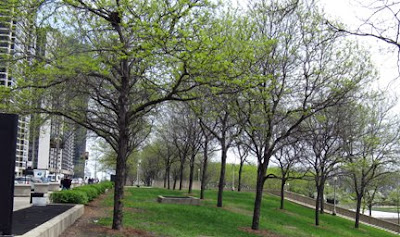 In a May 5th letter sent to Chicago Planning and Development Commissioner Arnold Randall, Royce A Yeater, Midwest Director of the National Trust for Historic Preservation, has come out in opposition to the Chicago Children's Museum campaign to build a new 100,000 square foot home in Grant Park. The letter concludes:

". . . we also know that that principle of open common ground, uncompromised by construction that blocks views of the street walls that enclosed the park and the lakeshore that defines the city, is a fragile concept, easily eroded by just one small building here, and an addition to another there, until it is gone. Construction of another major museum in the park sets another precedent for the loss of ever more valuable historic open space."

"We encourage the City of Chicago to seek another location for the Children's Museum in a city filled with neighborhoods and underutilized buildings that could benefit from the construction of a major attraction, and allow the concept of common ground established by our forbearers for Grant Park to stand in tribune to an idea that is becoming every more precious in an over developed world."

I have a suggestion for a site: South of the Illinois Medical Disctrict there is land that has been lying vacant for decades...in the hinterland between Pilsen, the train-yards and the newly demolished ABLA buildings. What a great way it would be to revitalize this area in my neighborhood