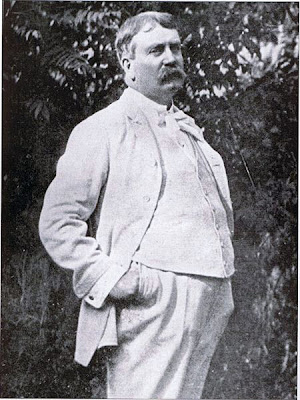 The pride of Henderson and Chicago's own, Daniel Burnham was born on this day in 1846, and to note the occasion, a new exhibition, Big. Bold. Visionary: Chicago Considers the Next Century, featuring visions of the future by today's Chicago architects, opens tonight at 6:00 p.m., at the Chicago Visitors Center, 72 E. Randolph.

Correction: the exhibition at the Visitors Center is not, as listed in an earlier version of this post, Chicago Considers the Nest Century, but actually Chicago Considers the Next Century, and does not, it has been discovered, focus on birds, raising chicks, or artfully arranging twigs. (There is, however, a cleverly deployed ferret.) ArchitectureChicago Plus regrets the error.