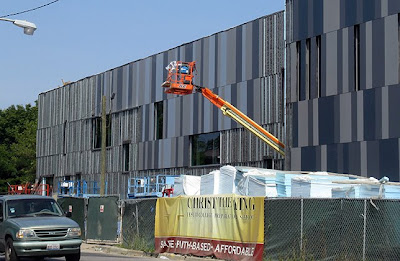 Architect John Ronan's 100,000 square foot Christ the King College Preparatory School, edging towards completion in Chicago's Austin neighborhood, has two major components. The northernmost leg, along Leamington Street, is an athletics center dominated by a large gymnasium and topped off by a 20,000 square foot green roof. 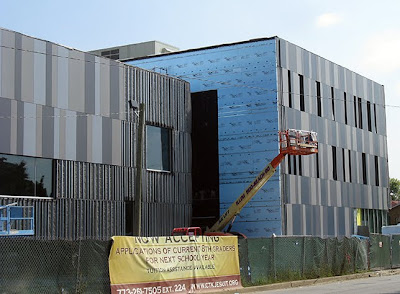 To the south, the longer academic wing along Jackson Boulevard includes a library and. classrooms 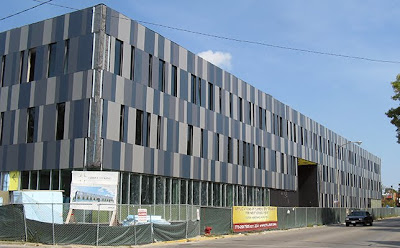 The eastern end of the academic wing floats above a 200-seat chapel wrapped in glass block. 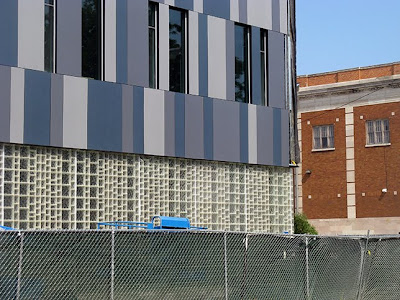 A skylight makes the sacred space between the ambo and altar the chapel's radiant center. 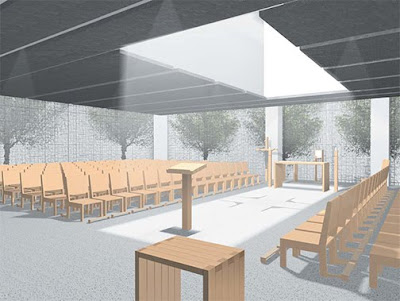 The two wings form an "L" which is mirrored by the traditional architecture of an existing older middle school and auditorium, enclosing a courtyard landscaped, as is the rest of the complex, by Terry Guen Design Associates. 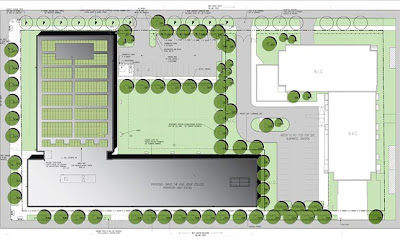 The new school is of steel frame and concrete construction, with facades of the same type of fibre reinforced concrete panels that appear on Ronan's Gary Comer Youth Center in Grand Crossing, but with a much more subdued palette. 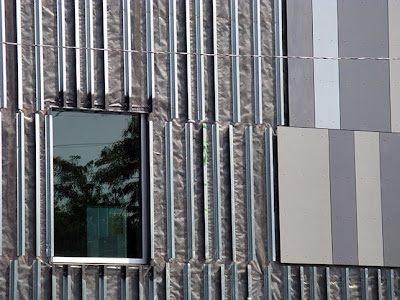 Thanks, this is a great preview of a really exciting project that has the potential to transform Chicago's West Side.