Just as we think we're finally putting the September calendar to bed, there's still more events to be added.

It begins this Tuesday, September 15th, with another chance to see Judith McBrien's 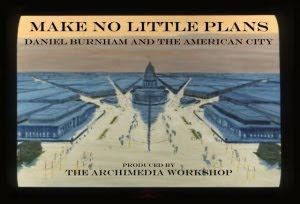 new documentary Make No Little Plans: Daniel Burnham and the American City, at 6:00 p.m. in the Cindy Pritzker Auditorium at the Harold L. Washington Library, 400 South State. After the film, Lee Bey will engage director Judith McBrien in a discussion.

This is the first of four new screenings of the documentary throughout Chicago: October 1st at 6:30 p.m., at the Sulzer Regional Library, 6:30 p.m. on October 7th at Woodson Regional Library, and 2:00 p.m., on October 25th at the Burnham designed DuSable Museum in Washington Park. View the trailer here.

The following Tuesday, September 22nd, Archeworks will host a screening of the new 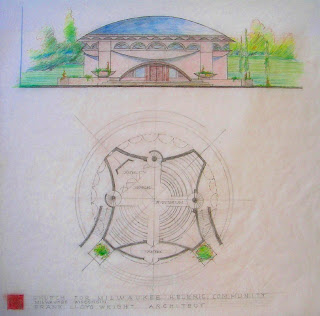 at the ArchiTech gallery, where it runs through December 26th. Please note that this has nothing to do with Turandot's three riddles, much less Carl Sandburg's Five Glorious Marvelous Pretzels, but instead includes drawings, photographs and blueprints from three distinct periods in Wright's work - Prairie, California, and the late expressionistic period that culminated in the design of the Guggenheim museum.