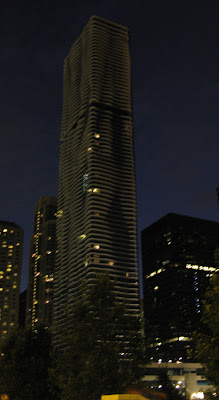 The August 31st Business Week offers a fairly in-depth profile of Chicago architect Jeanne Gang, which includes a video interview in which she discusses the emergence of the design for the Aqua tower as a "vertical landscape". The story covers her relationship with developer James Loewenberg, projects such as the Starlight Theater and Ford Calumet Environmental Center and Solstice in Hyde Park, and references our own Chicago Reader cover story: "Lynn Becker goes further, declaring that Gang represents a third school of Chicago architecture, 125 years the first school invented the high rise and the second ushered in Modernism." Apparently BW reporter Michael Arndt failed to get ahold of Bob Somol to get the straight dope about the irrelevance of Chicago architects. (And yes, I know, I've still to put my Studio Gang profile - and extensive interviews with Jeanne Gang and Mark Schendel - up on my Repeat site, but hope to do so soon. Scout's honor.)

Business Week says that even in the current deep recession, Studio Gang is holding its own, with 2009 revenue "on track" to match last years $8 million. Check out the entire article here. 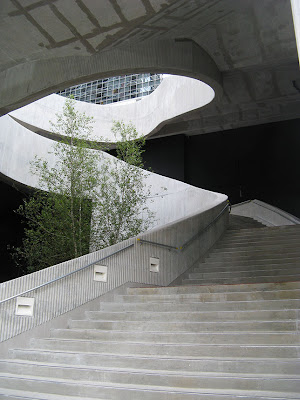