Evicted Three Arts Club members may get to return - but only if they're very, very quiet 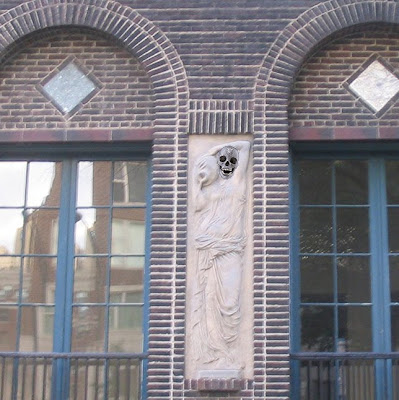 Somehow I doubt this what Holabird & Roche had in mind.

The current Crain's Chicago Business has a great report on the latest chapter in the saga of the Three Arts Club, the handsome 1914 building on Dearborn Parkway chartered "to provide a home and a club for young women engaged in the study of the arts in the City of Chicago." Which is exactly what it did for thousands of women, all the way up until 2003, when the money ran out, the building was sold, and the club tore up its charter to instead hand out $15,000 grants to six lucky artists a year. A proposal to convert the property to a hotel fell through, as did a proposal to take it condo, as did - well, there are many such stories in the wake of the great crash of '08.

Now an investors group led by architect Bill Bickford of Depree Bickford Associates LLC, whose funereal specialities include the restoration of the Palmer Mausoleum at Graceland Cemetery and Hotchkiss Chapel at Bellefontaine Cemetery in St. Louis, which also holds Louis Sullivan's Wainwright Tomb, has a new vision for the Three Arts as a columbarium for up to 15,000 urns.

On the plus side for it's chi-chi neighborhood, it would definitely hold down traffic and noise around the building, (except, perhaps, once a year on the 31st). And, of course, it would be something of a homecoming, a throwback to the good old days when what is now Lincoln Park, at the Gold Coast's northern boundary, was the city cemetery.

Still, it's seems a bit of a waste. Oh, I know, I'm the guy who rhapsodized over the prospect of turning the Old Main Post Office into a municipal mausoleum, but I would still suggest there's a significant difference. The Post Office, set atop an expressway and a rail line, doesn't have much of an adjacent residential population, and it's basically a huge warehouse, with immense, bare, loft-like floors. The Three Arts Club, on the other hand, was built as a residence and clubhouse. According to the AIA Guide to Chicago, it was the first - and accomplished - design by a young John A. Holabird after he joined his father's firm. There's a dining hall, a library, and a famously graceful courtyard.

To enable it to survive by having it turn to ash wouldn't be a tragedy, but a nagging sense persists that holding out for something with a bit more life would wind up being a whole lot better. 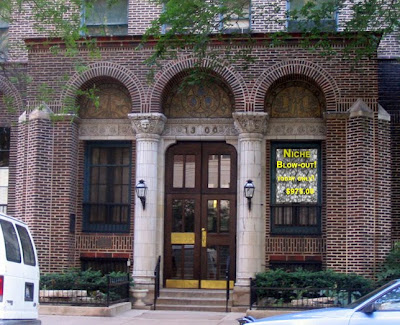 The most elegant columbarium in town is currently at Bohemian National Cemetery (Pulaski nr. Foster) Bronze framed cinerary urn niches with beveled glass doors; spaces that families decorated with mementos of the departed. If this proposed columbarium could attain this quality of build-out, it would be a lovely place to be in and to visit. Here are photos from a visit to the Bohemian National's columbarium a few years ago. It is not always open to the public.:
http://www.flickr.com/photos/rainbrew/1400259822

If you think that someone could find a better use for this landmark building, please sign the petition here: http://www.petitiononline.com/reilly/

PETITION AGAINST THE COLUMBARIUM:

Please sign and add your comments onto the petition.