Give Marina City a Hand - or else 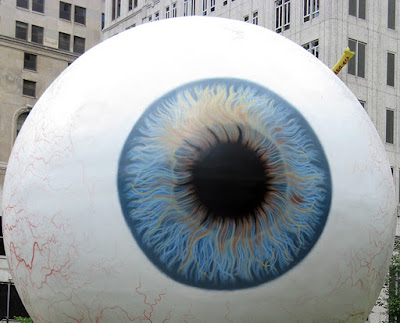 The condo board of Bertrand's Goldberg Marina City, the same crack crew who gave you the claim that you couldn't take pictures of the iconic corn-cob towers from the street without paying them a fee, has come up with a new way to harass residents.  In a move to avoid tailgating - the practice of non-residents getting into the building by following residents in once they've unlocked the door - the board is now demanding that all residents have their hands scanned to use the plaza entrances.  Hand sanitizer will be provided.

Entering those entrances now becomes a cumbersome procedure that Apple's product development center security would envy.  Residents use a card key to open the first door.  The door closes behind them into an interlock, where more closed circuit cameras are being installed.  The resident then must scan their hand.  And they're in, right?  No, then they have to wait for the security guard to view the scene via video camera  at their station downstairs to see if  the resident should be let in their own building.  Then they get buzzed in a second door.  The condo association doesn't even claim this will solve the tailgating problem, only make it "far less likely."

The board blames everything from "ex-boyfriends or ex-girl friends", "economic times," to the inevitable "terrorism", to director Michael Bay, whose filming of Transformers3 across the river presumably brought hoards of stragglers looking to sneak into Marina City, for the move.  The board also investigated scanning iris's ("not available for our software") and facial recognition ("changing hair styles, hats or facial expressions could cause accidental refusal of access") but settled on the hand scan, instead.  No word on why they rejected the Body Orifice Security Scanner.

Are any other iconic buildings - the Hancock, Aqua, the Elysian - pushing the envelope this far?

I wonder what the assessment will be after they install HAL 9000.