Skyscrapers of the Sea Redux - the Tall Ships are Back, only through Sunday 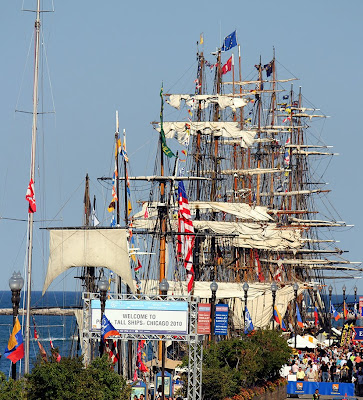 click images for larger view
It wasn't quite as romantic as the last time they were here, in 2006, when they made their way into the city through a heavy fog that made the scene look like an animated J.M.W. Turner.  But the Tall Ships are back, 20 of them versus 17 in 2006.  Instead of deployment all the way down the river towards Michigan avenue, this year, they're all around Navy Pier. 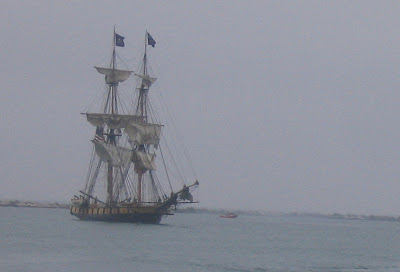 In 2006, we wrote of them as the Skyscrapers of the Sea, "among the tallest man-made structures, scraping the heavens on water as the spires of churches and cathedrals did on land. The way their lightweight sales were borne on the soaring, interlocking skeleton of masts makes them seem a precursor to the steel-frame construction that made Chicago architecture famous." 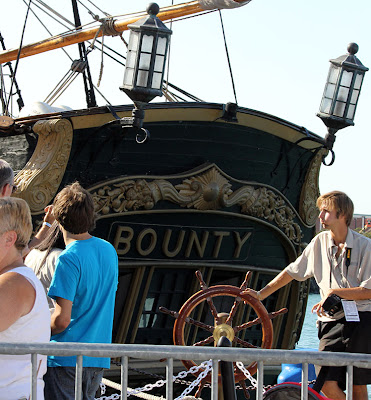 Included in this year's collection is the replica of the HMS Bounty, created for the 1962 remake of Mutiny on the Bounty, where the real mutiny was that of lead Marlon Brando, sacking director Carol Reed, who had initiated the project, and torturing his replacement, Lewis Milestone, along with pretty much every member of the cast and crew.  Milestone estimated that Brando had been the cause of at least $6 million in overruns towards the film's eventual cost of $19,000,000, a phenomenal sum in those days, and several million more than that of another 1962 epic, Lawrence of Arabia. (Apparently, sand was cheaper than ego.) Brando's career would not recover until The Godfather, a decade later. 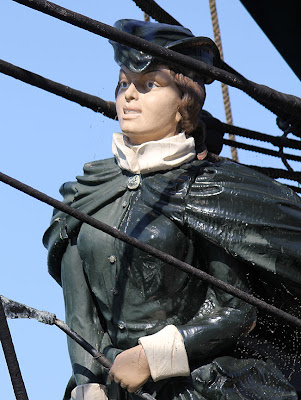 The Bounty at Navy Pier was built in Lundenberg, Nova Scotia at a cost, in 1960 dollars, of $700,000.  It was sailed 7,000 miles to the Tahiti location.  According to IMDB, it was set to be burned at the film's conclusion, but Brando insisted on substituting a 40-foot model, which was only fitting, as the surviving ship has had a more successful afterlife than the movie for which it was created.  After filming, it was sent on a highly successful publicity tour for Mutiny, including stops at the 1962 World's Fair in Seattle.  It continued touring, including to the 1964 New York's World Fair, until it was acquired by Ted Turner in 1986, as part of Turner's acquisition of the MGM film library.  The ship has gone on to roles in other films,  including a 1989 version of Treasure Island with Charleton Heston and, most recently, portraying The Edinburgh Trader (not, as often claimed The Black Pearl) in episodes two and three of the Pirates of the Caribbean franchise. 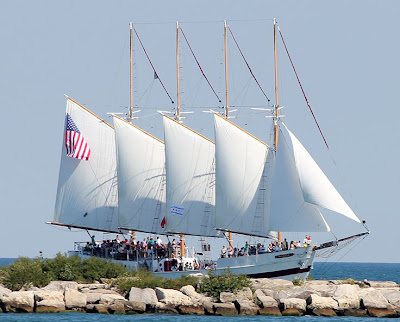 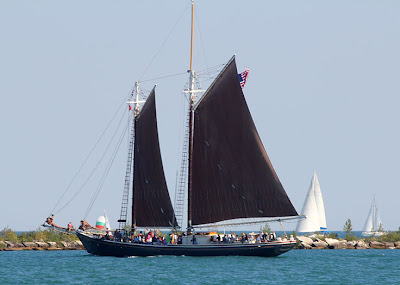 Despite the stiff tariff of $44 to $54 per passenger, excursions on the ships have long been sold our, but you can still see all the ships for $15.00; $20.00 including dockside boarding. 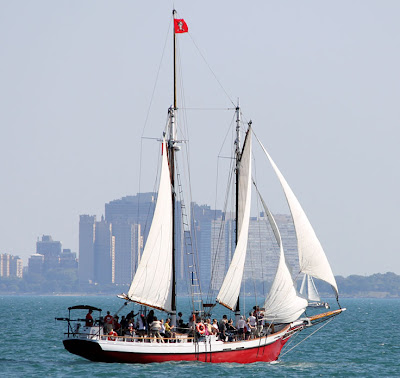 There are fireworks each evening.  Lemonade, candied nuts, churros, and Japanese parasols, in abundance.  More information at the website here. 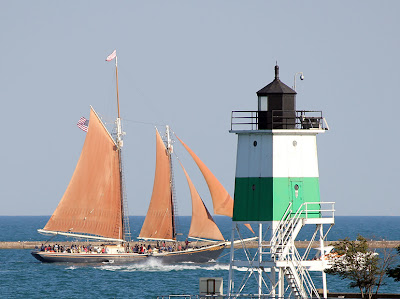