"The collection of energy must be the ground of form" - not said by Louis Sullivan, but . . .

“ ‘The collection of energy must be the ground of form,’ ” he recited, and laughed. “What it means I do not know.”

That's  composer Arvo Pärt talking in an extensive and quite good profile by Arthur Lubow in the New York Times Magazine this past Sunday.  He was leafing through pages of a 1976 notebook described by Lubow as consisting of  "musical notations, there were comments — in Estonian, Russian, Latin, German and English — that recorded his thoughts as well as quotes from texts."  But later in the piece, as he describes the concept of tintinnabuli that has been central to his work since he moved away from classic 12-tone composition in 1976, the meaning becomes clear:

It's something that was also quite clear to Louis Sullivan . . . 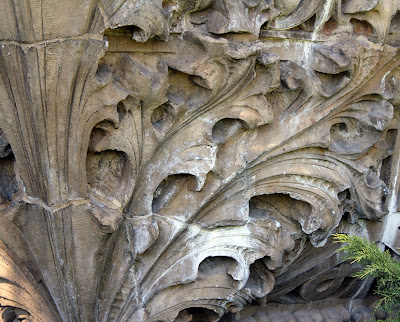 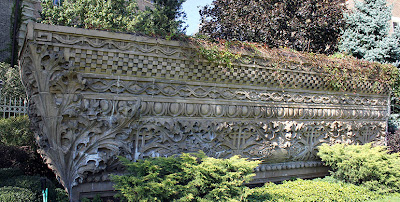 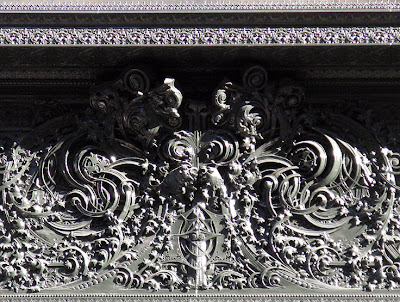 The organic, whether in architecture or ornament,  is a synthesis of a fantasy of variation and development growing out of a determinist spine of form. 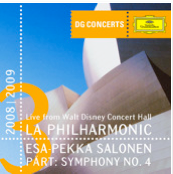 I may be the only person in Chicago who really liked Pärt's Symphony No. 4 "Los Angeles" from the moment I heard it in its CSO premiere conducted by Esa-Pekka Salonen, and that affection only grows as I continue to listen to it in an L.A. Phil performance on my iPod.  For many,  Pärt's music is a case of "There's no there there."   For me, it passes the Mies test of being simple but not simplistic.  For someone for whom Boulez or Ligeti are still my idea of a contemporary composer,  Pärt still packs a punch.

If you didn't catch it in the paper on Sunday, you can read the Lubow profile of Arvo Pärt here.