What's next for Cecil Balmond? (Balmond branded shelving at the Container Store? Or?) 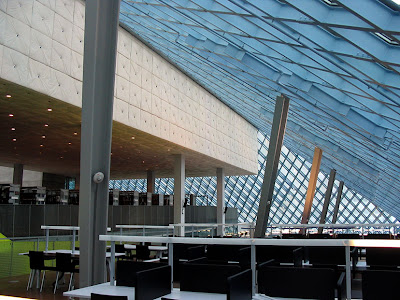 The Architectural Record's Tim McKeough reported today that legendary engineer/architect/designer/polymath Cecil Balmond is leaving ARUP, the global powerhouse where, as head of the Advanced Geometry Unit (AGU), he partnered with prominent architects to create some of the most spectacular structures of the last decade, including Rem Koolhaas's Seattle Public Library and CCTV Tower, Daniel Libeskind's Imperial War Museum North, and Toyo Ito's Serpentine Pavilion, to name just a few.  (ARUP is also being sued for $10 million by the Art Institute for flaws in their new Renzo Piano designed Modern Wing, but we'll talk about that another day.) 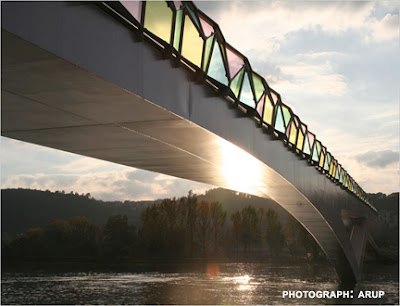 Balmond has already been striking out as architect as well as engineer, most notably in 2007 with a stunning bridge in Coimbra, Portugal.  Now he's setting up his own practice, which will include both structures and products.  Think Phillipe Stark for eggheads.  I love to imagine having - and being able to afford - a Cecil Balmond watch, which probably wouldn't be a watch at all as we've come to know them, and might just as likely rethink the concept of time as tell it.  Let him loose on the design of a bra and support of the female breast might never be the same.  Seriously, though, Balmond's work has always been about amazing, one-of-a-kind creations, and it should be fascinating to see if he can translate his talent to the demands of a mass-manufactured product, as well.

I was able to interview Balmond at the time of his mind-blowing exhibition, Solid Void, at the Graham Foundation a couple years back.  Check out my consideration (copiously illustrated) of the war between the heroic and the reasonable, and the work, writings and ideas of one of most influential thinkers of our time here.