Tonight at IIT: Jiang Jun, Reading Urban China in Five Dimensions, plus Louis Sullivan back at the Cliff Dwellers 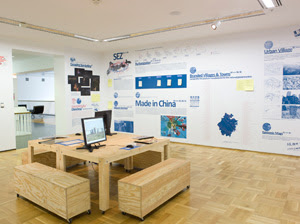 Tonight, October 27th at 6:00, the IIT College of Architecture is sponsoring a talk, Reading Urban China in Five Dimensions, in Crown Hall, 3360 S. State by Jiang Jun, editor-in-chief of Urban China Magazine, which was been described as "An Encyclopedia of Chinese Cities in a Time of Junk"  The magazine is currently the focus of the exhibition Urban China: Information Cities at Chicago's Museum of Contemporary Art through April 3rd,  organized by NewYork's New Museum, where it was on display last winter.  According to the MCA . . .


For the past six years, Urban China has been engaged in a unique multidisciplinary inquiry into the rapid state of change in China, presented in the format of a magazine -- the only one devoted to issues of urbanism published in and about China. With offices in Beijing, Shanghai, and Guangzhou, and a network of correspondents and collaborators around the world who work under the guidance of its visionary Editor-in-Chief, Jiang Jun, its photographs, texts, and diagrams, as well as a growing archive of artifacts and images have become a repository of knowledge about the fastest process of urbanization ever recorded in human history. 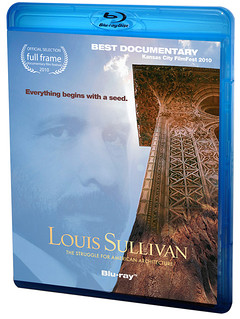 Tomorrow, October 28th, there'll be a showing of the new documentary, Louis Sullivan: the Struggle for American Architecture, as the kick-off event for the Block Museum's The American Architect in Focus film series.  The screening will be at 7:00 p.m., tickets are $7.00 and will be on sale 30 minutues before showtime at the museum 40 Arts Circle Drive, Northwestern University in Evanston.

And if you move quickly you may still be able to get one of the last remaining tickets for a unique showing of the documentary at the Cliff Dwellers, the artist's club where Sullivan was a regular and where at the end of his life he wrote The Autobiography of an Idea.  A few years ago, the Cliff Dwellers was forced out of its original location atop Orchestra Hall, but it's now right next door, at the crest of the Borg Warner Building at 200 S. Michigan.  Tickets are $20.00 at the door.

Both screenings are scheduled to be followed by Question and Answer sessions with the documentary's director, Mark Smith, and its composer, Michael T. McLean.