Never too late to be adding to the October Calendar of Chicago Architectural Events.

On Wednesday, October 24th, at 6:30 p.m., the Spertus Institute will be hosting screening, Incessant Visions, on the life and work of Architect Erich Mendelsohn. 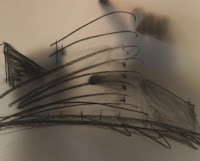 In March 1933, German Jewish architect Erich Mendelsohn, head of Germany’s largest architectural firm, fled Berlin, foreseeing grave consequences from Hitler’s rise to power. In Amsterdam he bumped into an acquaintance who asked what he was doing there. The reply: “I’m relocating my office.” It wouldn’t be the last time Mendelsohn would start over in a foreign land.

In Incessant Visions, Israeli director Duki Dror unfolds the amazing story of Mendelsohn’s life through letters exchanged with his wife Luise, an accomplished cellist. The film explores Mendelsohn’s rise as an architectural visionary, his friendships with Albert Einstein and Frank Lloyd Wright, and the jagged trajectory of his career as he worked in England, Israel, and the United States.

Following the screening will be a discussion led by Stanley Tigerman.  More information here

Today, Monday, October 15th, David Headon, Advisor to the Centennial of Canberra and Australian Capital Territory projects, will discuss The Planning of Canberra, at 5:00 p.m. in Kresge Hall at Northwestern in Evanston.  The 1911 plan was the result of a competition won by Marion Mahony and Walter Burley Griffin. 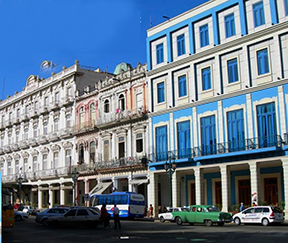 Then this Wednesday the 17th, 12:15 p.m. at the Great Cities Institute, Julio César Pérez Hernández, author of Inside Havana, will discuss The Magic and Poetry of Havana: A Glance at the Past, Present and Future of a Caribbean Metropolis.

Also this week, we've got The Core at The Eden Project at AIA/Chicago, Felipe Assadi discussing Contemporary Chilean Architecture at Crown Hall, IIT, Carol Ross Barney talking about Design for Sustainable Transportation at CAF, Anna Tobin D’Ambrosio on Cranes, Dragons and Geishas: Metalwork of the Aesthetic Movement, at the Driehaus Museum (twice), Bill Tyre on Glessner House at 125, at the Cultural Center for Landmarks Illinois and, again at CAF, Our Buildings as Ambassadors: U.S. Dept. of State's New Design Excellence Initiative.

There are 15 great programs just this week, and nearly three dozen still to come this month.  Check them all out on the October Calendar of Chicago Architectural Events.

When I heard the story about Mendelsohn leaving Berlin, there was one more detail. When he was asked what he was doing in Amsterdam, he took a pencil out of his pocket, held it up, and said "I'm relocating my office."