I came to the MDA City Apartments, at the southeast corner of Lake and Wabash, during Open House Chicago last year, mostly as an opportunity to get on their roof and take pictures of the grotesques atop 203 North Wabash.  As I learned then, and again this year, the MDA is one of those buildings few have heard of but that has its own interesting history.

Designed by Daniel Burnham, Jr.  and completed in 1927, it's 24 floors, 290-feet high.  Originally known as the Medical and Dental Arts Building, it was home to both the Chicago Dental Society and the Chicago Medical Society, as well as a larger roster of doctors and dentists.  In October of 1939, it was the site of the first meeting of the Chicago chapter of Alcoholics Anonymous.  Their 1940 New Year's Eve party was noted as featuring a "large assortment of sobered up piano players."  The Chicago Literary Club, founded in 1874, moved to the 22nd floor as a cheaper alternative to their previous lodgings in the Fine Arts Building, and the same floor was the site of 10 cent lectures sponsored by the Marxist publication The New Masses in the 1930's.  In 1929, the Tribune reported that Mrs. Benjamin Baskin gave birth to a baby boy in one of the elevators.  I'd like to think the building's large population of doctors included least one obstetrician. 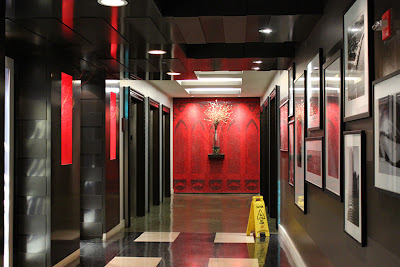 Over time, the structure evolved into a more traditional office building, and was known for the rather ugly paint job on its top floor facades.  In 2003, the building, renamed MDA City Apartments, underwent a $45 million upgrade by Hartshorne Plunkard Architecture that saw the offices converted to 190 luxury rental units, with an outlet of the Elephant and Castle restaurant chain on the first floor of the limestone clad base, which also includes an Artisan Pastoral Cheese Shop. 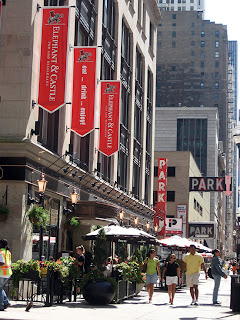 During Open House Chicago, I got a highly informative tour of the building from Lauren of the Management Office, which included the handsome "Sky Park" at the top, with both a club room . . . 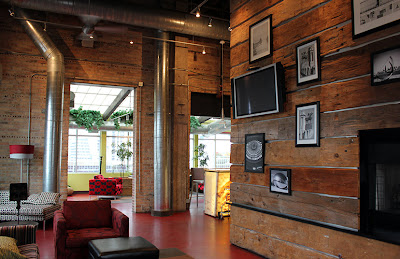 and an outside deck offering striking views of the Loop L going both south and west . . . 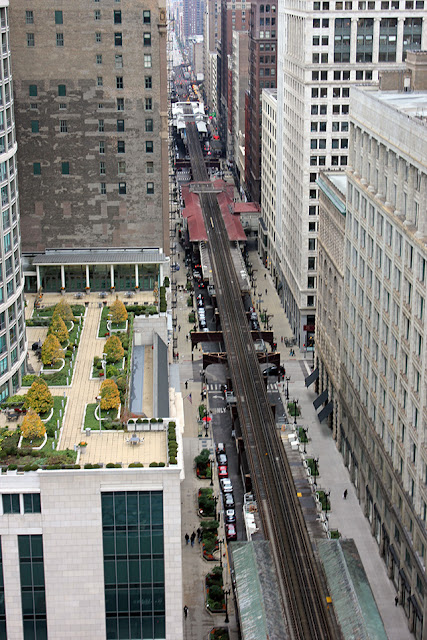 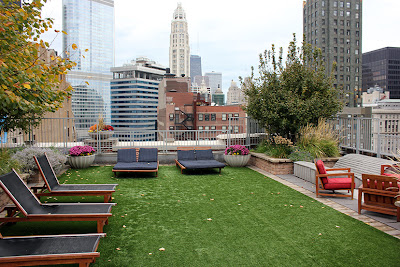 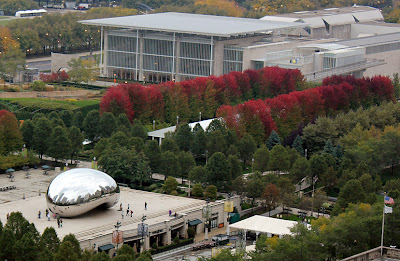 From the 1950's until it moved into it's own building at the base of MOMO at State and Randolph, the Booth/Hansen building now known as the Joffrey Ballet tower, and was one of the locations used by Robert Altman for his film, The Company.  This barre is the last visible artifact of the Joffrey's tenancy. 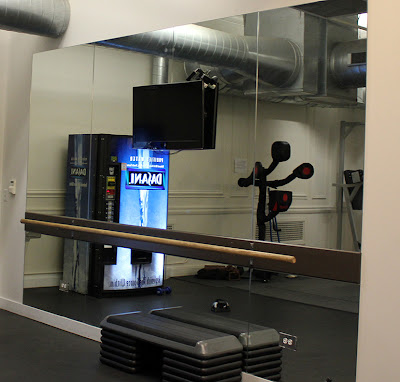 The space on 8th floor was once a medical amphitheater for observing operations, complete with skylight.  Today, it's split into two segments - the exercise room, and a film theater. 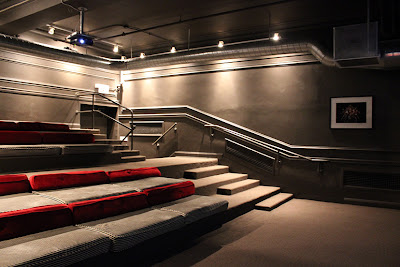 The blank-walled east side of the building featured a large mural, Loop Tattoo by Johanna Poethig (thanks to the Chicago Architecture Blog for the info) . . . 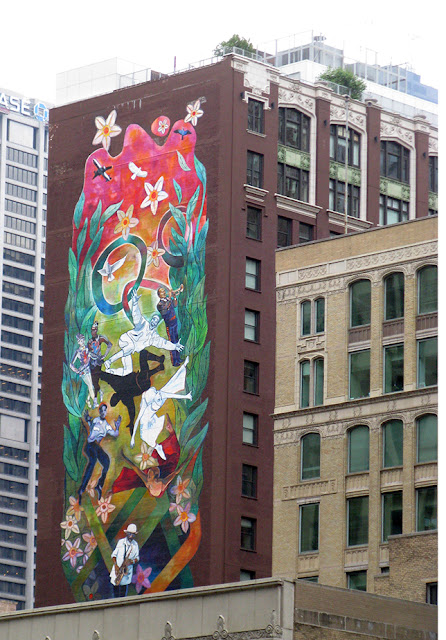 . . . which is due to be covered up by 73 East Lake, a 42-story tall apartment tower now rising, that will wrap around MDA, facing both Lake and Wabash. 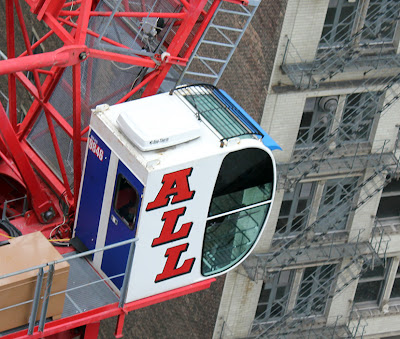 And, of course, there's the great view of its neighbors to the north, on the building now becoming a Virgin International hotel (can you tell it was designed by Rapp and Rapp?) . . . 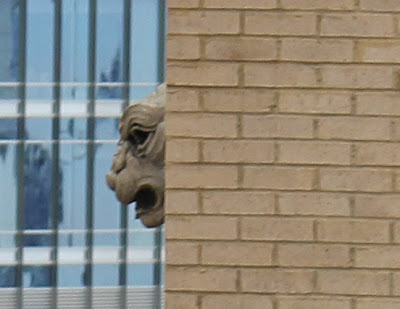 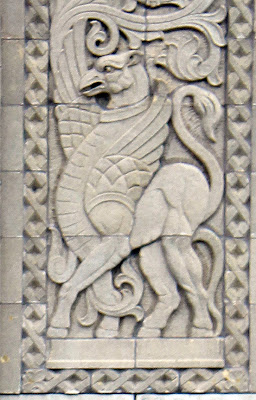 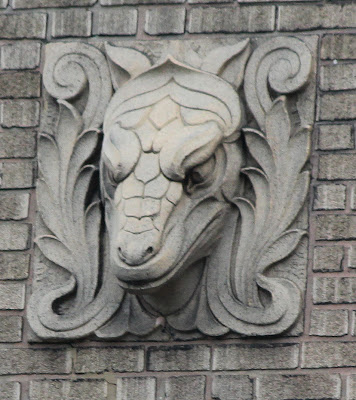 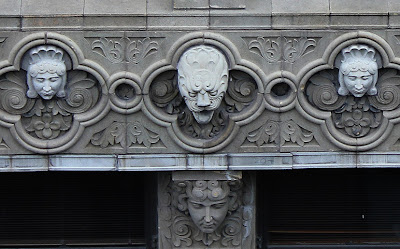 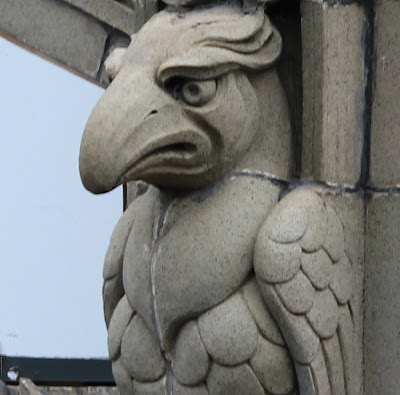 According to St. Louis Landmarks & Historic Districts, the Olympia was designed in 1926 by David R. Harrison with terra cotta ornament from the Winkle Terra Cotta Company of St. Louis. It had been listed on the National Register in 1986. serviced apartments london