We've written previously about the macabre, spectacular rams mural Belgian street artist ROA painted on the back of Hedrich-Blessing's headquarters. 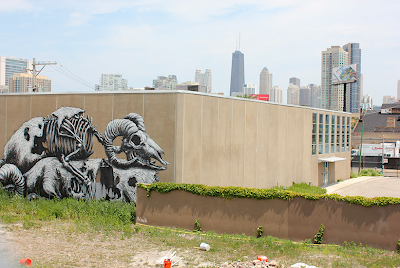 This summer Chicago got another entry in ROA's menagerie.  On a railroad viaduct along 16th street between Laflin and Ashland, the artist has given us a giant possum, split apart below the neck to reveal a slightly gory fantasy of exposed innards, just in time for Halloween. 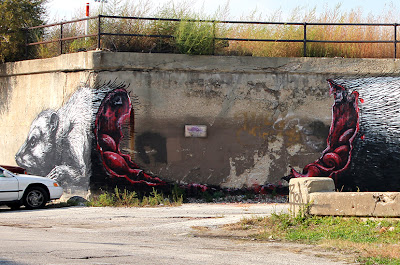 According to an account by Redeye's Erin Vogel, the artist fell in love with the Pilsen site, because instead of a single wall, it's actually three parts - a front wall along 16th, which then curves off to a wall further north.

ROA painted the mural to take perspective into account, so that if you stand at just the right place, the front and back walls resolve to form a normal undissected possum.

And yes, I know I have to go back when there aren't cars blocking the full view. 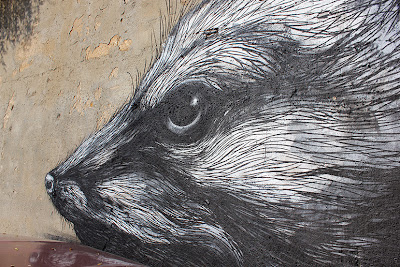 The mural is part of 25th ward Alderman Danny Solis' program to create artworks all along the viaduct, which is already a bit of a museum of murals old and new. 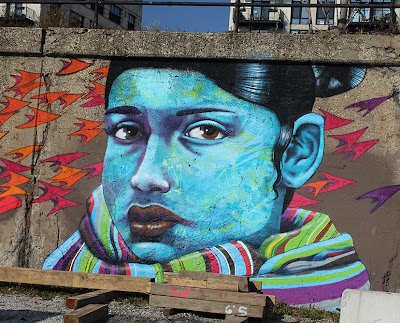