A Theater Vanishes: The Two McClurgs

A walk down Ohio Street this past week reminded me of something I already pretty much knew:  the McClurg Court Cinemas are gone forever.  They've been closed, of course, for nearly a decade, but you always knew that behind that closed box office, the theater, itself, endured.  Now that original facing, all long Ohio, is in the final stages of being replaced with a new design intended to bring new retail to the complex, including in what is now the gutted space that was once the theatre. 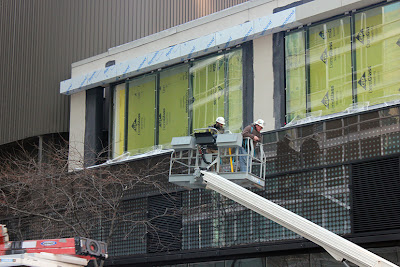 Although state-of-the-art with its 70 mm projection and advanced sound system, the 1,200 seat McClurg Court led an uncharmed life.  It opened in 1971, with a roadshow premiere of Norman Jewison's film version of Fiddler on the Roof, at the very moment that kind of reserved-seat booking - and the long era of new movies opening in exclusive runs in downtown movie palaces -  was already reeling towards extinction.  While Fiddler was a success, it's next two bookings - Man of LaMancha and Lost Horizon - were not.  It's last major hit was Last Tango in Paris, back in 1973.  In 1987, the balcony was split off into two additional theaters.  The main auditorium downstairs, however, remained one of Chicago's largest screens,  It benefited, briefly, from a 1990's fetish for taking 35mm action blockbusters and blowing them up into 70mm prints. 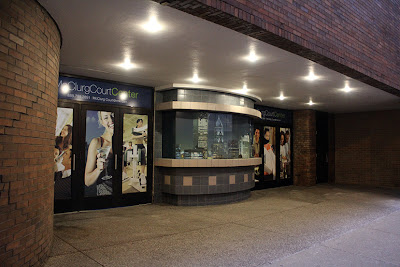 The McClurg remained one of the best places to see films in the city, and one of the last capable of showing 70mm, including the stunning restorations of Lawrence of Arabia, My Fair Lady, and the VistaVision Vertigo.  It did little, however, to arrest the theater's descent into seediness.  The year after the AMC-21 opened a couple of blocks away, the McClurg closed forever. Now, the Music Box is the only Chicago house capable of screening 70mm, but considering the fact that we are probably only months away from never again being able to see so much as one of the entire first century of films projected on the same medium on which it was shot, that may no longer even matter.  We have entered an era where film is dead, and digital projection is the only projection. 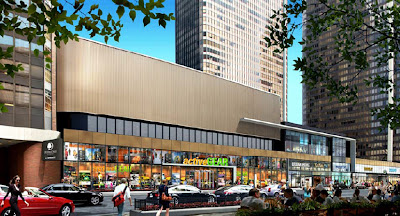 In a promotional brochure, the owners of McClurg are indicating they hope the gutted theater space will now become home to a 15,000 square-foot retail anchor, with as many as seven additional stores in a row down Ohio.
The other interesting story about McClurg Court Center is how it links up to one of the greatest - and least known - landmarks in Chicago: Holabird and Roche's McClurg Building on south Wabash.  When McClurg Court Center and its 1075 apartments was sold for $127 million back in 2006, the sale excluded the land beneath the complex.  That land is still owned by the heirs of Alexander C. McClurg, whose history with Chicago goes all the way back to his arrival back in 1859. 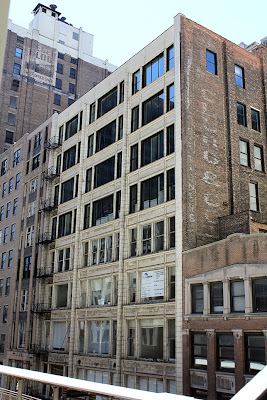 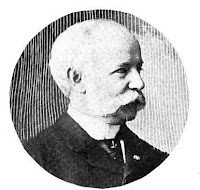 Forgotten today, McClurg created not only one of Chicago's most successful bookstores, but the largest book distributor in the west.  He was the first to publish Edgar Rice Burroughs' Tarzan series of adventure novels, and the founder of the late 19th century literary magazine, The Dial.  When McClurg's five-story building at Wabash and Madison burned to the ground on February 12, 1899, at a loss of $500,000, his first impulse was to see this as a good opportunity to retire. Instead, he re-capitalized the business with $600,000 of stock - much of it offered to employees - and he made a new home in a spec office building that had just been built by a Boston developer. 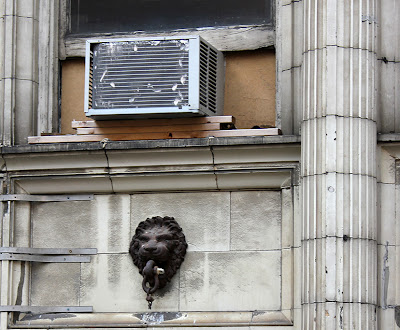 The new Ayer Building at 218 South Wabash was renamed the McClurg Building.  The nine-story structure, designed by architects Holabird and Roche, is a small temple of Chicago architecture, its modernity found in the 9,000 square-feet of glass between spare terra cotta spandrels and columns, engineered to suck every last ray of available sunlight deep into the long, narrow structure.  Like Atwood and Burnham's Reliance Building, now the Hotel Burnham, the McClurg is a classic glass box a half-century before Mies.  Today, decrepit and unloved, it still looks more strikingly modern than the new applique on its namesake brethren a mile to the north 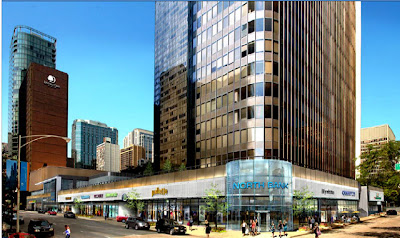 How did this theater close down, anyway?