It's been closed since July, the plaza between the two Wrigley Buildings that connects Michigan Avenue to the Trump Riverwalk and River North, forcing pedestrians to take detours a couple blocks away.  New owners hired Goettsch Partners to design a refresh for a plaza that had been allowed to deteriorate.  The textured pavement is in . . . 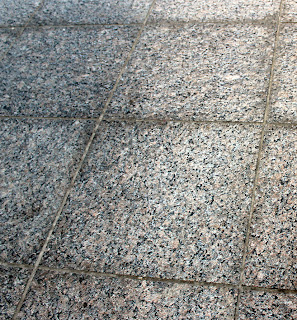 . . . and a center walkway, complete with twinkling holiday lights, has reopened the gateway to River North, even while restoration work continues on the terra cotta facades . . . 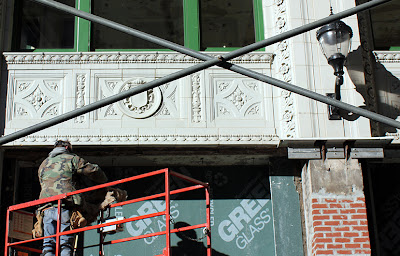 new entrances added for add retail and restaurants to be named later. 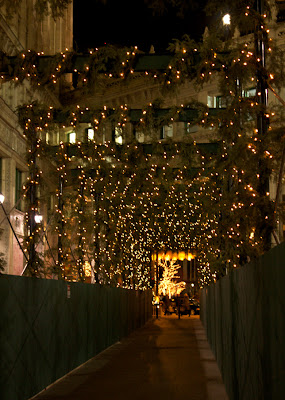 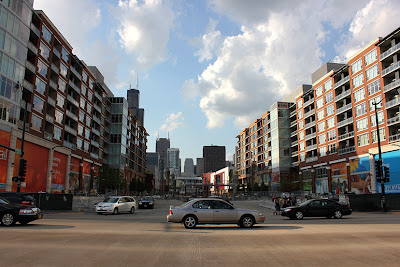 The Roosevelt Collection last night announced the retailers signed to fill up the long-empty storefronts.   According to a report by Micah Maidenberg of Crain's Chicago Business, seven tenants have been signed, including an H&M and Z Gallerie, but no Apple Store.
Read -  Frontier Outpost: The Roosevelt Collection and the Future of the Viaduct District