Amazingly, it took about 75 years after the city's incorporation for Chicago to have its first official Christmas tree, a 35-foot-tall Douglas Spruce placed in Grant Park.  Starting in 1956, the tree became an amalgamation of  smaller trees.   In 1966, the tree started saddling up next to the Picasso at Daley Plaza, and since 2009, the city has gone back to using a single tree.  This year, it's a 64-foot-high, 6-ton Colorado Spruce, uprooted from the yard of the Theiszman family in Prospect Heights.  It's thought to have lived about 63 to 65 years before the big sacrifice.
Below are some photos from Tuesday evening's official lighting ceremony, with Chicago Commissioner of the Department of Cultural Affairs and Special Events, Michelle T. Boone, members of Goodman Theater's production of A Christmas Carol, Mayor Rahm Emanuel, Dean Richards and Angelica Antondo. 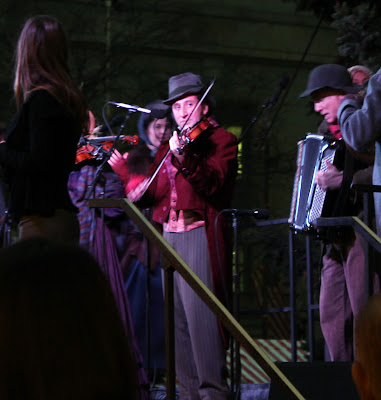 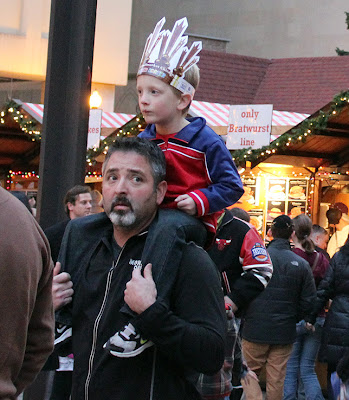 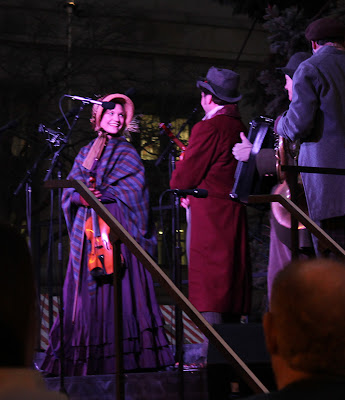 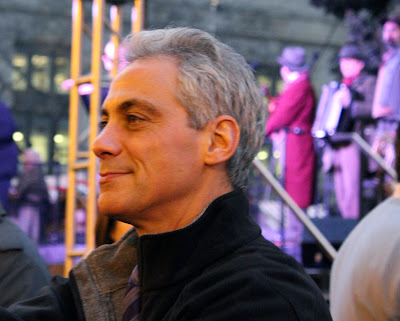 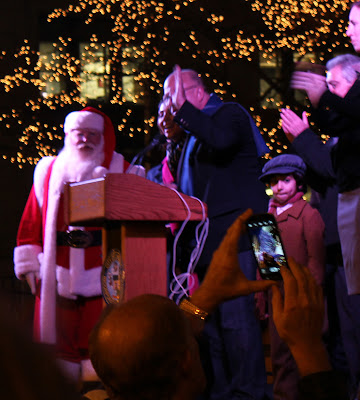 As you can see at the end of the video, there's also a a new Christmas-colored rooftop joining the Chicago skyline. . . 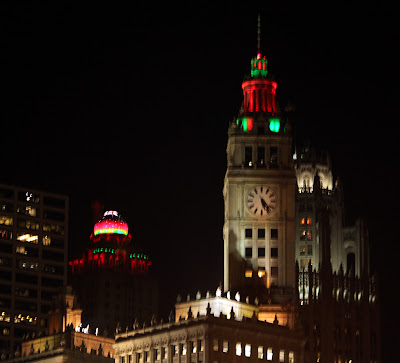 The dome at the top of the Intercontinental Hotel now joins the Wrigley Building, the Hancock Center, 900 North Michigan among others in having special lighting for the holiday.  It actually sparkles. 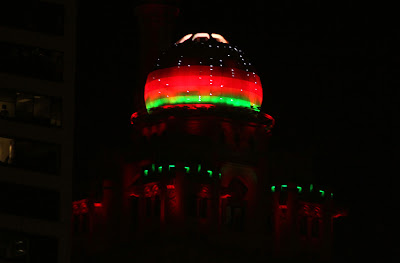 Interesting post, I can feel the strong Christmas atmosphere in front of the computer.