It's a long way from cows to head cases, but that's the journey to Plant Green Ideas, a series of 14 planters along Michigan Avenue from Randolph to Balbo, with one more at Navy Pier.

The planters are in the form of giant heads, 6 1/2 feet tall, and 2,700 pounds.  According to the sponsor's press materials, they're made of recycled concrete product and fabricated by SVI Theme Construction Solutions.  The project was created by Plant Green Ideas in conjunction with Chicago Cultural Mile Association, founded by clothier Lawrence M. Pucci, who was the first tenant in Holabird and Root's 1928 Art Deco tower at 333 North Michigan. 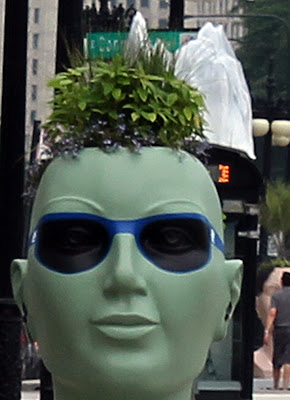 A sponsorship document originally described the project as numbering 35 planters, each 8 feet high, to  “give a human face to the environment.”  The planters were to be installed in time for the G8 Summit in Chicago last spring, but in March of that year, an announcement was made that the G8 was being yanked from the city and moved to the Presidential retreat at Camp David, Maryland. 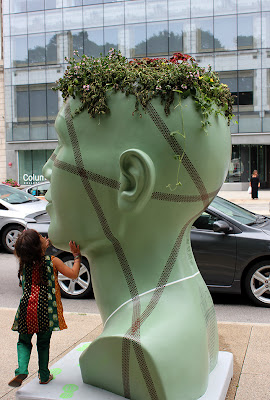 Back in 2012, sponsorships were listed at $35,000 a head.  The sponsoring organizations, which include such entities as The Italian Village, Ford Motor, Abt Electronics and Columbia College, get a logo on the front base, as well as extensive space for their advertising message on the back of the neck, where there's also a QR code linking to more information, underscoring the organization's claim of being an ‘Interactive’ exhibition. 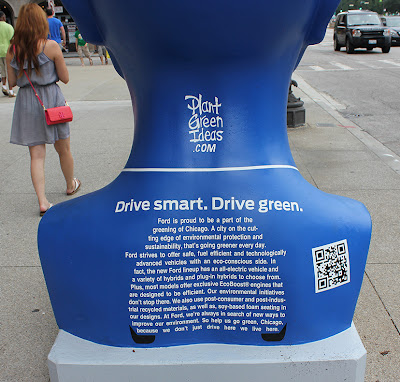 In a press release, the project's mission was described by Pamella Capitanini, co-founder of Plant Green Ideas with Robin Malpass . . .


The Plant Green Ideas sculptural heads project will provide a dramatic statement on the Chicago Cultural Mile while stimulating interest and engagement in sustainable practices.  It is also our intention to encourage thought and discussion of ways to make the world around us greener and healthier.

The project is intended to support the Sustainable Chicago 2015 initiative.   You can even buy your own Green Chia version of the giant heads at selected Walgreen's, net proceeds benefiting SGA Youth and Family Services. 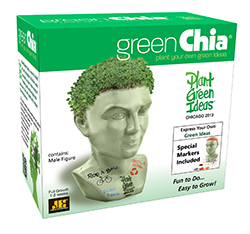 As laudable as are the project's goals, the result is more than a little generic.  Unlike previous similar projects, individual heads weren't handed over to different artists, and it doesn't appear that the original goal of having each planting done by a different representative from Chicago's vibrant landscape design community was carried out.

And so we have a bunch of giant heads, differentiated almost entirely through a single applied color, although some heads do also show a variance in texture. 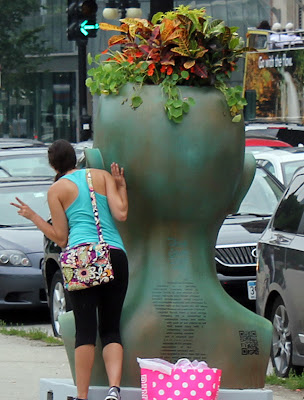 Plant Green Ideas seems more of a placeholder than a full-up project.  Even if not fully realized, the giant heads are fun, and sometimes, when your mood strays in that direction, a little creepy.  I find viewing them works best when seeing them as magnets for the interactions of the city . . . 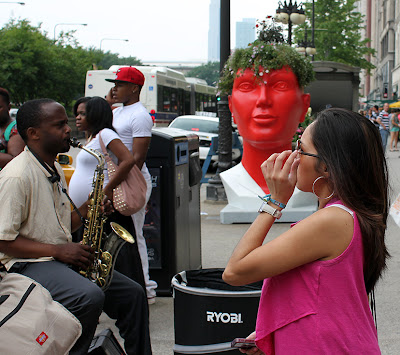 . . . or as objects setting off Chicago's distinctive architecture and monuments. 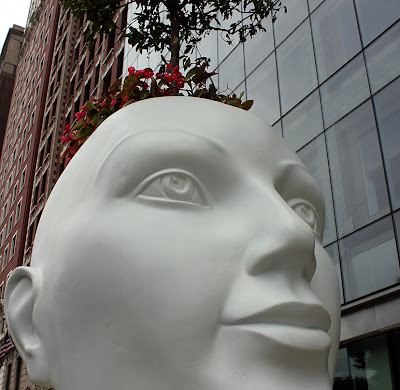 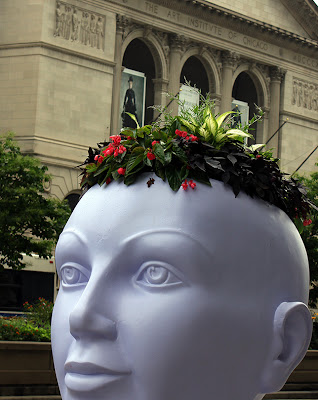 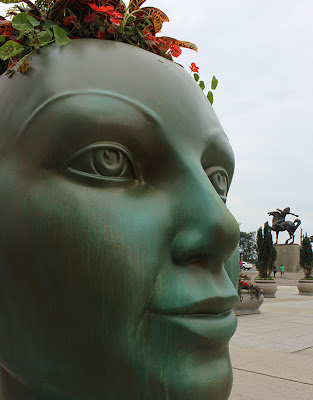 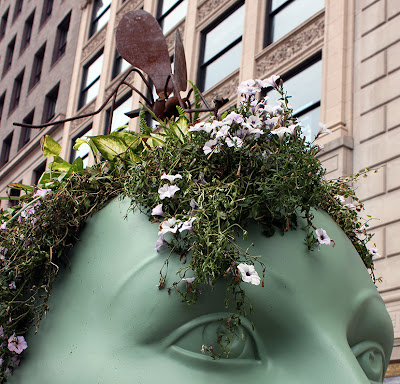 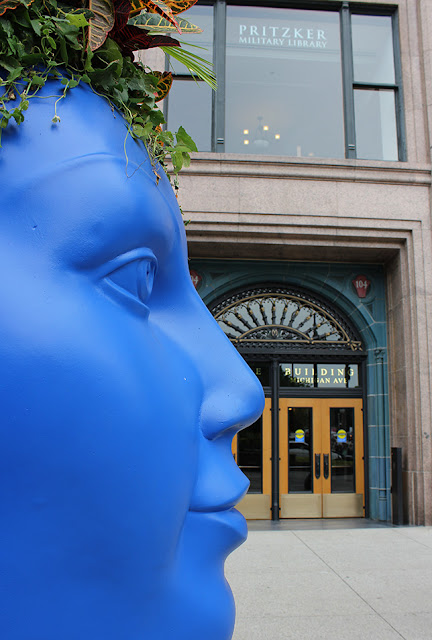 The heads are scheduled to remain on display through August 31.