This month, the Gene Siskel Film Center is running a series, The Future is 4K: High-Resolution Digital Movies, which showcases what is currently the highest quality means of projecting movies.  Only one of the movies being screened, 2011's Samsara, was actually shot in 4K Digital.  The others are 4K scans of films as diverse as 1939's Gone With the Wind, to both Godfather I and II, Visconti's The Leopard, and Scorsese's Taxi Driver.  One of the 4K showings is actually of a film in black-and-white, and one, Lawrence of Arabia, is in 70mm, the decade-long standard for superior image quality for which there may now never be new prints again.  See the full schedule here.


You may have noticed we often write about the intersection of movies and architecture in pieces such as Divergent's Abnegation Village (photo below), or the building of the temporary structure that was the title character of the Sandra Bullock, Keanu Reeves romance, The Lake House.

Sometimes, though, we go completely off the ranch with some observations on film, opera and shadow puppets.  So today we feature a quartet of past writings that we hope will tempt you into checking out some often overlooked masterpieces of acting, theater and film that you may have missed - or not even have known were out there. 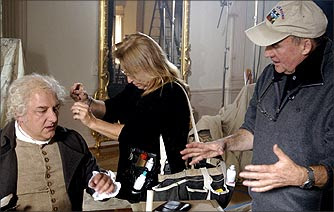 Founding Father Rescued from the Waxworks
When I first encountered Simon Russell Beale playing John Adams in dramatized vignettes as part of a 2006 PBS documentary version of David McCullough's best-selling biography, I admit I had no idea who he was, much less that he is perhaps the foremost British stage actor of his generation.  But, no disrespect to Paul Giamatti, Beale's portrayal so vividly captures Adams's complex mix of irascibility and grandeur, intellect and courage, that you feel you could reach out and touch one of the most original - and quintessentially human - characters in American history. 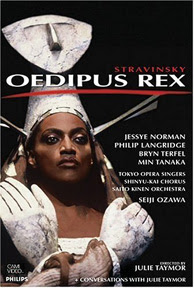 Long before the phenomenon of the  Broadway version of The Lion King or the backstage melodrama of Spider-Man: Turn Off the Litigation, I came across what remains the most remarkable production of an opera I've yet to encounter, a perfect match-up between three dead Europeans, - Sophocles, Cocteau, and Stravinsky - and Julie Taymor's highly original direction of their Oedipus Rex.  Part of the work's ground rules is that the narrator should speak in the language of the place where the opera is being performed, and so in this production with the Saito Kinen Orchestra under Seiji Ozawa, the narrator is not only Japanese, but a woman, which adds still another layer to this amalgam of antiquity with the avant garde, and stoic reserve with the intimation of most violent passion.

As I said in my article, if you don't buy into Taymor's concept, you might dissolve in giggles over the symbolic headdresses and Mickey Mouse-like hands she assigns to the lead characters., but if, like me, you find yourself hypnotically drawn in, you'll find this well-known tale assuming a power often buried in more academic encounters.  With Philip Langridge as Oedipus, a stunning Jesse Norman as Jocasta, and a young Bryn Terfel as the messenger, this is a production that is both pinpoint apt to the intentions of playwright and librettist, and a poetical expression of amazing eloquence.

While the restraints of Sophocles characters in Oedipus derive from them being archetypes, those of Max Orphuls' film Lola Montes and Alban Berg's opera Lulu derive from society's propriety.  In all three cases, however, those restraints prove no match for anarchic recklessness of human desire and its consequences.   Actually, if you take it a step further, Lola and Lulu are also archetypes, the femme fatale projections of both their suitors and the artists who imagined them. In the case of Lola, she was also an actual historical personage, and while her story can't match the emotional intensity of Orphuls' sumptuous masterpiece, the contrast is an arresting mapping of the place where reality and our dreams intersect. 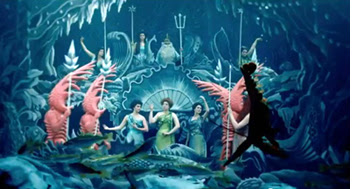 . . . the place where reality our dreams intersect.  That's just one of themes of Hugo, which was swept at the Oscars by the less durable but more ingratiating The Artist.  Never mind - it also happened to Citizen Kane.  You may wince at my comparison, that I dare place the all-the-world's critics' pick as the greatest movie ever, Citizen Kane, with Scorsese's big-budget kid pic.  I'm not saying Hugo=Kane, but I do suggest, without apology, that Hugo has layers few so far have cared to even contemplate, as well as an emotional depth Kane never chose to attempt.  I suggest that, in a career overflowing with astonishing work, Hugo may, after all, prove Martin Scorsese's greatest and most mature masterpiece.

You'll notice my first appreciation inferred a Part II, but I wrote and I wrote and still couldn't get my hands fully around everything I've found in this film.  Maybe this wrap-up will be my incentive to go back and try one more time.  You'll have a chance to judge Hugo for yourself when it plays on August 20th at A. Montgomery Park as part of the Park District's Movie in the Parks for 2013.  Or just get the DVD, Blue-Ray or download.  (3-D TV?  Better yet.)

More on the Movies (all profusely illustrated): 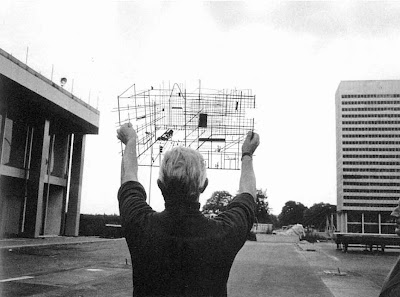