You have only until Wednesday, July 31st to cast your vote for the two winners of the Metropolitan Planning Council's Activate Union Station placemaking contest 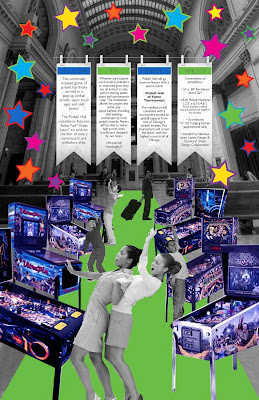 The 25 plans in competition can be viewed here.   Their scope is limited by the $5,000 prize that will be both their reward and their entire budget for bringing their vision to fruition.  The ideas range from skating on fake ice in the Great Hall, to turning into a pinball parlor, to filling it with astroturf and a giant blob, to projecting your text messages for all to see (Anthony Weiner need not apply). 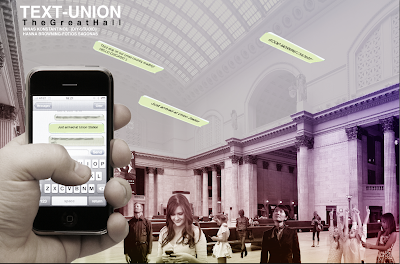 While most entries concentrate on the Great Hall, a few actually address the other two spaces included in the competition, from placing sculptural forms and sensor-activated loudspeakers along the great columned Canal Street arcade, to making it a game arcade, or festooning it in red balloons and fabric. 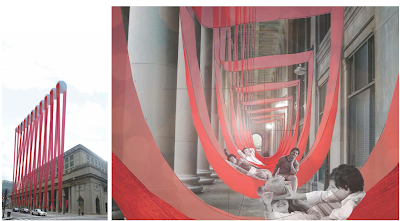 The third designated space, the Fifth Third Center plaza along the river, will apparently have to rename unactivated, at least for now, as now the entries used it.

You can only vote once (wait a second - isn't this Chicago?), for your two favorites, and your vote won't decide the winner, but will be taken into account by the judges who will make the final selection (oh, okay, that sounds more like Chicago, then.)  The two winners will be announced Monday, August 5th, and their installations are scheduled to be in place from August 24th to September 2nd. 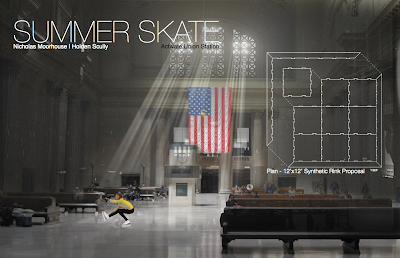 See all the 25 entries, and cast your vote - here.