It was just last November that we were saying goodbye to Chinese sculptor Sui Jianguo's Windy City Dinosaur as it was unceremoniously dismembered at the end of two years of making its home on the Boeing Gallery at Chicago's Millennium Park. 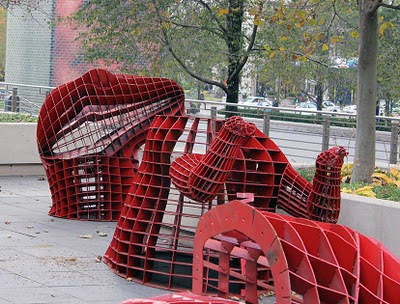 click images for larger view
It was little more than two weeks ago that people were still skating at the Millennium Park ice rink . . . 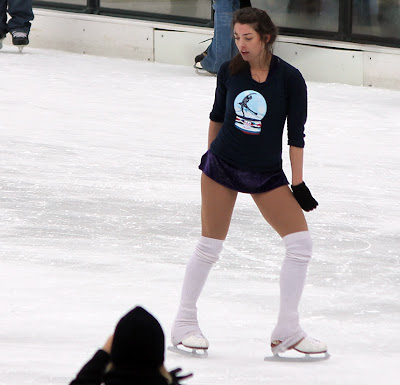 No matter how blasted cold it remains, the rink has now closed for the season, the ice removed to make way for the tables and chairs of another summer's outdoor cafe at the scandal-ridden Park Grill. . . 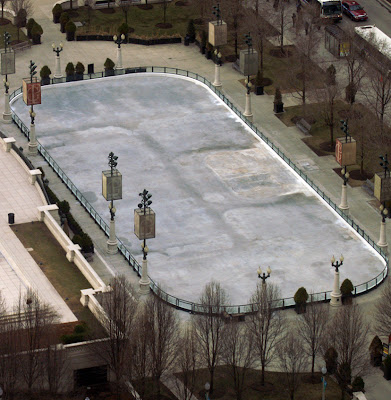 photograph: Bob Johnson
. . . whose clouted owners are reported to be negotiating to sell it back to the Park District.

And on the Boeing Galleries, courtesy of our indefatigable correspondent Bob Johnson, we offer you these early photographs of members of Local 63 of the Ornamental Iron workers setting up Millennium Park's new visitors for the next two summers, Interconnected: The Sculptures of Yvonne Domenge, marking the first time the works of a Mexican artist and woman have been exhibited in the park. 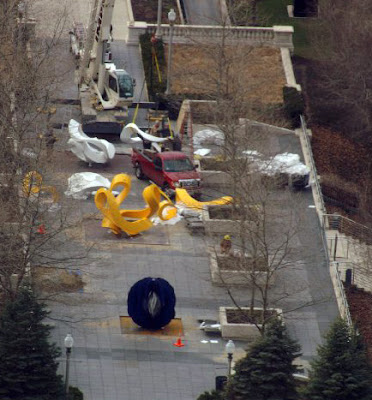 The center point of Yvonne Domenge's collection is the 16-foot-high Tree of Life, in flaming Calder Flamingo red, with a pair of smaller, orange seeds sitting beneath it. 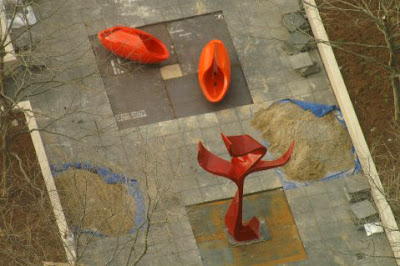 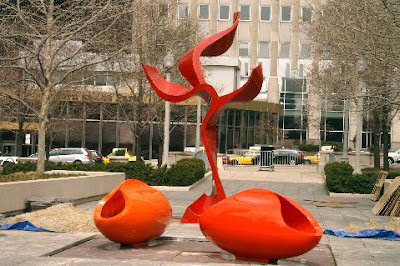 According to the Park District press release . . .

The branches reaching up to the heavens signify life’s energy. The seeds scattered beneath represent the beauty and fragility of new life. An age-old concept, the tree of life was a symbol of the connection among the underworld, the sky, and the terrestrial world in pre-Columbian cultures.

Also on display will be three large spheres, the thirteen-foot-tall, yellow Tabachin Ribbon . . . 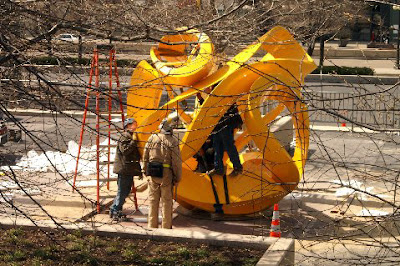 as well as the slightly smaller white Wind Waves . . . 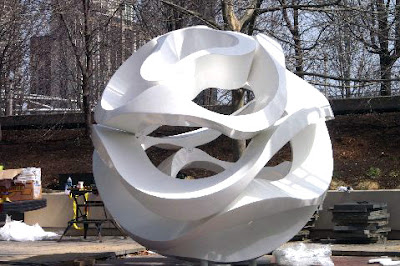 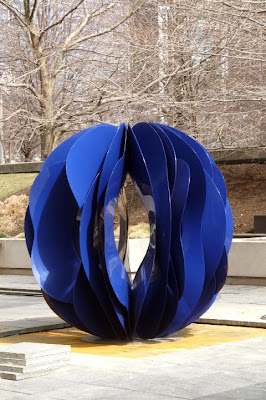 The official opening is April 6th, and the sculptures will be on display through October of 2012.

jack likes the art and said...

I hope our friends at Millennium Park allow visitors and kids to climb on the sculptures... it's a kind of a silly crime to put artwork in that corridor that looks ripe of sitting/climbing only to rope it off...