You'd think that by six days before the close of the month, the March calendar would be pretty much complete.

And you'd be wrong. 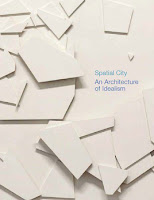 Just added: Spatial City: An Architecture of Idealism, at the Graham Foundation, next Thursday, March 31st, at 6:00 p.m.  Laurence Gateau, Director of French Fonds Regional d'Art Contemporain (FRAC), Nicholas Frank, Curator of the Institute of Visual Arts (INOVA) at the University of Wisconsin-Milwaukee and Luis Croquer, Director and Chief Curator of the Museum of Contemporary Art Detroit (MOCAD) and will discuss the exhibition that gave the catalog it's name, which toured America in 2010, including an extended stop in Chicago at the Hyde Park Arts Center.  The show took . . .


the work of utopian architect Yona Friedman—and particularly his idea of the “spatial city”—as a point of departure from which to explore contemporary art within the FRAC collections. Spatial City brings together an international, multi-generational array of artists—with an emphasis on artists living in France—whose work contends with utopian thinking and, in counterpoint, the retreat of optimism in the face of pragmatic reality.

More information - and the link to RSVP - here.  Also, check out all the great events still to come in the last of March here. 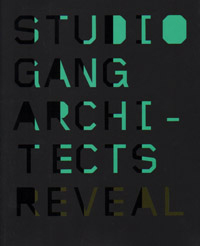 And a heads up for next month's calendar, which we hope to have up by the end of June, April begins - no kidding - with a launch party for Reveal, Studio/Gang's superb new monograph of their work, which includes an interview I did with uber-developer and Aqua patron James Loewenberg.  It's  at the Stop Smiling Storefront, 1371 N. Milwaukee, next Friday, April 1st, from 7:00 p.m., on, kicking off with a 30 minute interview of architect Jeanne Gang, a book signing (books will sold at discount), and a "DJ's after-party til the wee hours".  The first 30 patrons will be allowed a brief smile as long as they remain facing the wall.

A friend of mine assisted at this thing, he was a firm believer of the cause.