There goes the neighborhood: A few touches less of funk and grunge; another giant dollop of glitzy retail 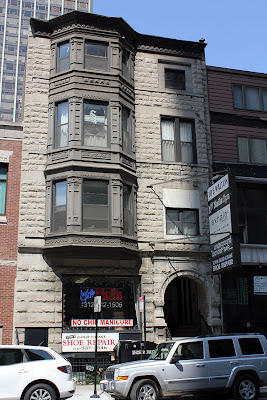 click images for larger view
The three buildings from 10 East Walton on weren't any one's idea of great architecture, and they all had seen better days.  The one furthest to the east had bare backing brick at the top, its cornice long ago ripped off like a bad toupee, and the one in the middle, with the mail-order windows and faded red clapboard - well, the less said, the better. 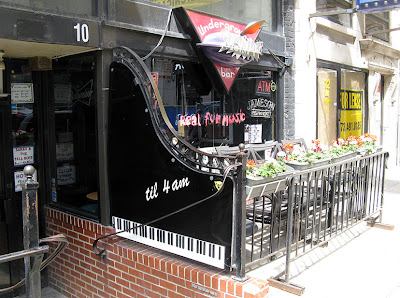 Still, they were among the shrinking number of remnants from a time when the neighborhood wasn't flush with back-to-back highrises - all "luxury" of course - and when there was still room for such mundane functions as a nail salon, currency exchange,  shoe repair shop and, in the basement, the Underground Wonder Bar, where you could get a drink and listen to Lonie Walker and her Big Bad Ass Company Band until 4 a.m.

These kind of activities were clearly far too vulgar for the area's upscale pretensions, best on display in the phony-baloney French Empire carriage court of the Elysian, just across the street.  Just imagining the refined inhabitants of the Elsyian having to contemplate those decaying rockpiles and their riff-raff clientele, every time they entered or alighted from their limousines - well, the spine shudders. 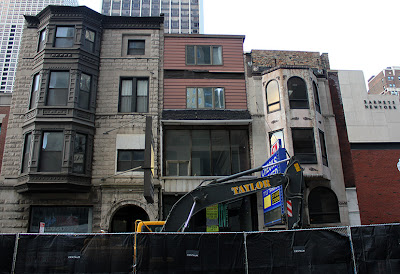 As you can see, help is now on the way.  The three old wrecks are being wrecked, to make way for BHLDN, the second outlet of the Anthropologie chain's new bridal store concept, which will take up 6,000 square feet in a new building to be constructed on the site.  The Crain's Chicago Business story quotes Baum Realty Group's Janika Brenner as saying Anthropologie was attracted to the "limestone, old-world looking" design of the new building.  They apparently just have no interest for it in the original.  Although I haven't seen the design, the quality of the Anthropologie stores is often  a cut above the norm, so the new one on Walton could turn out to a handsome addition. It will just make for a more homogenized, less varied and interesting cityscape. 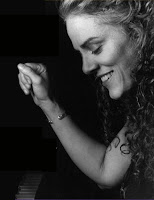 There's also a happy ending for pianist, singer/songwriter, arranger and bandleader Ms. Walker, who has found a new home for her Big Bad Ass in the green-stoned 1891 Raleigh Hotel at 650 North Dearborn, where you'll now find the Underground Wonder Bar just under entrance to the The Joynt, open for business until 2 a.m. nightly, 3 a.m, on Saturday's, with live music 7 days a week until 1:30 to 2:30 a.m.

So I guess the moral is that no matter how hard you try to squeeze the life out of a place, it'll just keep popping up somewhere else.