I was going to write a post about the relatively modest, 23-story skyscraper J. Paul Beitler is planning to build on the site of this old parking garage at 200 West Randolph, but the Sun-Times Chicago Grid's David Roeder beat me to it (registration required), and basically said most of what I wanted to write. (Although he got the name of architectural firm wrong - it's actually by James DeStefano of Lothan Van Hook DeStefano Architecture - not Dirk, but Avi.) 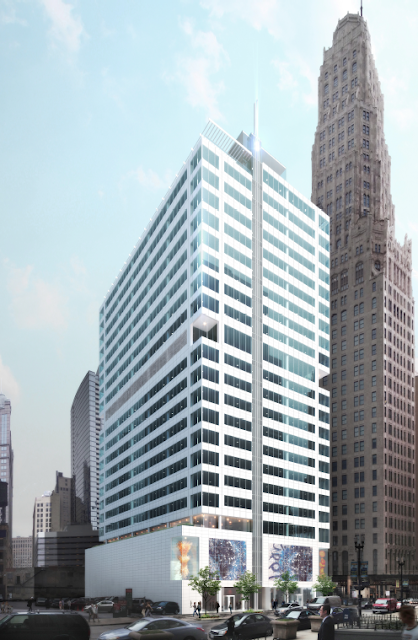 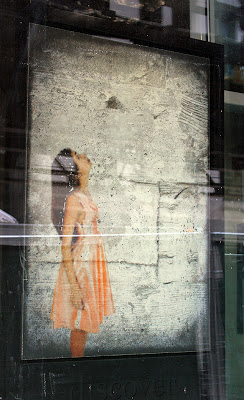 The new 200 West Randolph will up the ante by commissioning Dale Chihuly to create one of his popular glass sculptures for the building's white marble lobby. 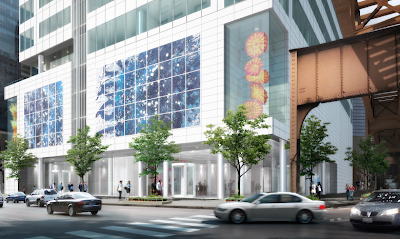 The project is shooting for Silver LEED, but perhaps the developer's most interesting talking point is how 200 West is supporting TOD (no, not death - transit oriented design) by actually eliminating 375 current parking spaces.  According to the project narrative, “The development team has worked diligently in response to the City’s planning goals of reducing public parking spaces near public transit facilities.”  The current seven-story garage has 510 spaces; the new building only 135, on three floors placed at the bottom of the building so as to keep much of the noise of the Loop L beneath the office floors above.  They're also eliminating curb cuts on Randolph and Wells. Access to the garage will be via the alley (Couch Place) to the north.

Roeder reports that 200 West will be the first new downtown office building since 2010, and the $140 million project is shooting for a 2015 completion.  Get your orders into Eat and Drink now. 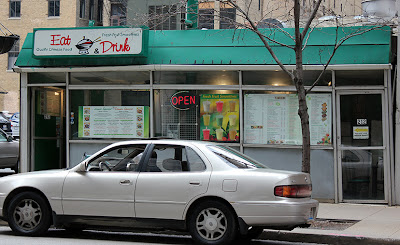