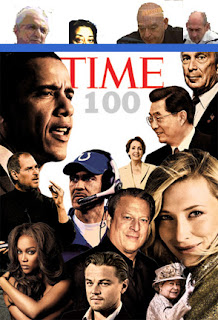 There are world leaders and titans of industry, a football coach, a tennis player, sundry scientists, actors and actresses (in abundance), a director, a producer, an opera diva, a couple of supermodels, and Rosie, just before the exile, but the Time 100, the newsweekly's list of the "World's Most Influential People", includes not a single architect or builder, unless you include Brad Pitt. Parched times on the plain of regard, brother, parched times.
(Click on time for permalink) 12:01 AM