News from all over - the Curmudgeon Edition

ICA DOA - In the May issue of Metropolis, Philip Nobel takes on Diller Scofidio and Renfro's rapturously received Institute of Contemporary 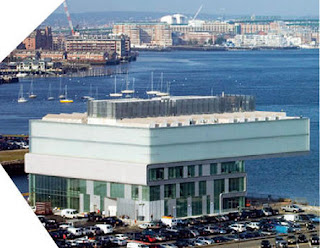 Art on Boston's waterfront, and not only is he less than impressed (badly detailed, poor circulation, ugly rear end), but he sees the mega-happy press that has greeted the ICA as a sign of a disturbing co-dependence between critics and architects that winds up in a constant, uncritical, shilling for the newest sensation, which sort of underscores that 90% of what passes for art criticism is really fashion reporting. Read Nobel's take here.

Obsessive vs Elective -Elsewhere in Metropolis, Natalia Ilyin is fed up with the devaluation of the concept of passion, greeting with gritted teeth freshman students' proclamation of having "a passion for" - design, humanity, Dancing With the Stars, or collecting all four Shrek the Third limited edition glasses.

"Passion is not enthusiasm. It is not love. It is not enjoyment, and it is not flow. Passion is an unstoppable overflowing of emotion that destroys in its 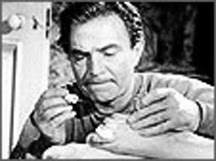 satisfaction, that torpedoes lives and marriages and nations, that shoots husbands or coworkers or strangers in rage. It is the hot lava of the soul, and it burns what it pours over. It is not the positive team-building thing your sup­ervisor would have you believe. Passion causes wars and brutal killings and divorces, and has astronauts wearing Depends and the headmistresses of girls’ schools going to jail, and gets husbands run over in parking lots. To say that a bunch of software engineers or graphic designers are passionate about their work is to try to interject sex and confusion and addiction and desire into a kind of work that is essentially asexual, organized, left brain, and sober."

There's a lot more where that came from. Read it all here.

To Jerry, without Love - Chicago Sun-Times normally mild-mannered religion writer Cathleen Falsani says an unfond goodbye to Jerry Falwell. "The Rev. Falwell was a spiritual bully. He was the Tony Soprano to Pat Robertson's Paulie Walnuts . . . May he rest in peace. And may grace fill his absence."