You've got to wonder what Mies "almost nothing" van der Rohe would have made of YouTube, 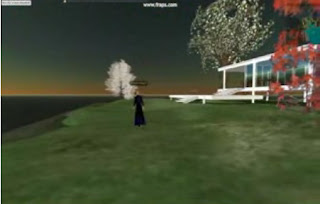 the anarchic explosion of videos where everyone gets to be an author, and less is - unheard of, actually. I was sent to the portal by a posting on Edward Lifson's blog, The New Modernist, which compresses the architect's sixty year career into an affectionately goofy three minute music video.

But you can't visit YouTube without being sucked down the rabbit hole of the Related Video List, where I found such gems as a video with Farnsworth House 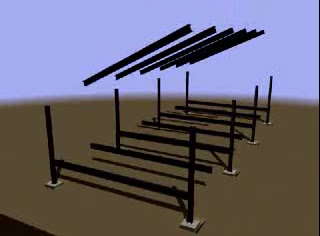 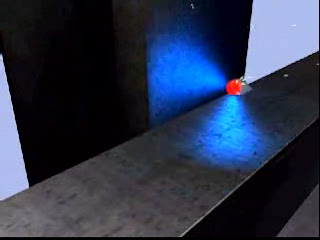 of how Mies' unrealized design for a German Pavilion for the 1935 Brussels International Exposition contained the precedents for many of the projects he would later build following his emigration to the United States.

And speaking of precedents, it's hard to look at the massive cubic National Aquatics Center (aka the "Water Cube", aka "H203") being constructed for the 2008 Beijing Olympics without

being reminded of another unrealized Mies design, his 1953 proposal for a Chicago Convention Hall, on site of the current McCormick Place, that would have placed a half million square feet of exhibition space within a 720-foot-square structure free of any interior columns.

Over half a century later, PTW Architects is actually getting to build it, taking Mies one better by increasing the size by 50%, (to 750,000 square feet,) and trumping Mies' lightweight steel grid with a concept engineered by those show-offs at Arup to be "based on a common natural pattern, the 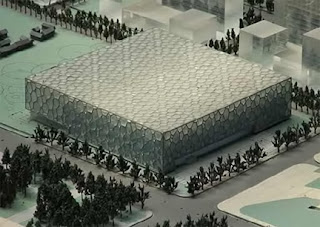 most effective sub-division of three dimensional space –the fundamental arrangement of organic cells and the natural formation of soap bubbles," giving "a random, organic appearance" to both the internal structure and the lightweight cladding of Teflon EFTE "film", one inner film, one outer, pumped with air to trap 90% of the solar energy hitting the building to heat the pools and interiors.