The last highrise at Stateway Gardens is in its death throes. Stripped of everything but bare structure, it is, for the brief moment just before being pummeled into cascading debris, once again clean, open and elegant - almost hopeful. 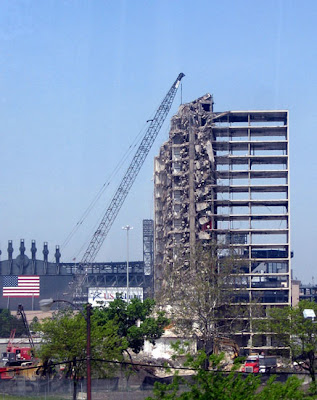 The highrise was one of eight public housing towers built on a 33-acre site at 35th and State, just south of Mies van der Rohe's IIT campus, that opened in 1958 with the greatest of hope, but degenerated down through the decades into an anarchic, crime-ridden, drug and gang riddled residences of last resort that wound up being even worse than the slums they replaced. When the Chicago Housing Authority created a "Plan for Transformation" in the mid-1990's, the keystone of that transformation was annihilation - wiping out all of Stateway Gardens, and of the Robert Taylor Homes, and Cabrini-Green, and just starting all over again.

Skidmore, Owings and Merrill created a new site plan for a replacement housing mix in which only a third of the new units will be public housing, with one-third of the remaining units "affordable", and the last third "market rate". One of the key features of the site plan is restoring the original street grid, whose abolition had disconnected Stateway Gardens from the surrounding community and left its internal terrain an amorphous, increasingly isolated and dangerous blob.

Now, a new community, Park Boulevard, is rising where Stateway Gardens once stood, and the maximum height for any one structure is a six-flat. There will be freestanding homes, townhomes, and low-rise condominiums, like those now being constructed at the corner of State and 35th. 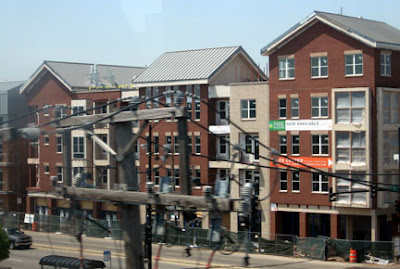 Landon, Bone Baker are the architects. (thanks to Bill Worn for the correction and info), one of five firms, including Johnson & Lee, Worn Jerabek Architects, Kathryn Quinn Architects, and UrbanLab, working on different part of the complex. Some of efforts to enliven the facades (see the middle building below) have a distinctly eccentric feel. It's far too early too judge the final result. Just enjoy this moment of renewed hope. 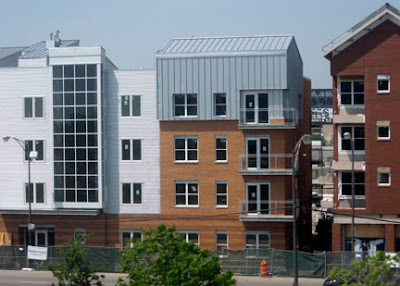 The project has long seemed out of context with IIT next to it - with the red brick and cheap-looking bay windows. I find this strange, seeing as some of the firms doing it actually have some real talent, and some have a relation to IIT. Maybe it will be good when it's finished.

On Landon Bone Baker's website, the corner of that front building at 35th & State is painted black. That could make a huge difference in the look and feel, so I really hope they do it.