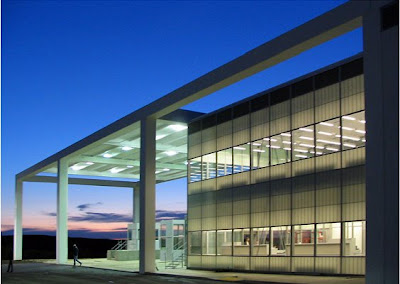 At its annual meeting last night at the Spertus Institute, AIA Chicago named Craig Brandt, AIA of Hammond Beeby Rupert Ainge as its 2008 Dubin Family Young Architect., with AIA President Rik Master describing Brandt as "an exceptional architect with incredible potential. His talent and ability will take him very far in this profession." Singled out for mention was Brandt's recent design of a port of entry facility in Raymond, Montana, shown above, for the United States Department of Homeland Security, which manages both to frame the stunning natural vistas that surround it and evoke Hammond Beeby's commitment to traditional design in a modernist expression. 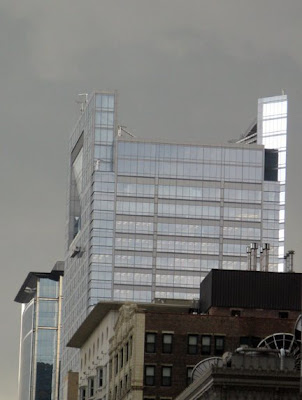 AIA Chicago also named DeStefano + Partners as winner as its 2008 Firm Award for "a high level of attention to design across the board, including technical detailing the principles of sustainability," from the College of DuPage Technology Center in Glen Ellyn, to a new administration center in Danang, Vietnam. Among DeStefano's recent Chicago worksare One South Dearborn, pictured above, with it's graceful, tree-filled plaza and distinctive crown.

Blair Kamin reports that on the national level, AIA has awarded its 2008 Gold Medal to Australian architect Glenn Murcutt. 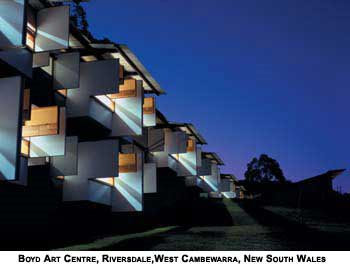 You can read my profile of this remarkable architect and his work, from the time of his 2004 residency at IIT, here.