Last week saw the groundbreaking for the Media Production Center at Columbia College, designed by Jeanne Gang and Studio/Gang Architects. The 38,000 square-foot, $21,000,000 facility is the first entirely new building commissioned by Columbia, a hermit crab which over a century of history has always found its spaces in buildings built for others, becoming, in the process, the savior and caretaker of such landmarks as William LeBaron Jenney's Ludington Building and Howard van Doren Shaw's former Lakeside Press building.

In an interview that is part of an excellent overview of the project by Ann Wiens in Demo 8, the magazine of the Columbia College, Gang talks about how she researched and conceived the project, which will include two film/video sound stages, a motion capture studio, animation lab and classrooms among its spaces.

“What has become the most interesting thing for us,” Gang told Wiens, “is realizing how much there is in common between making films and making architecture. When we think about space, we think about it in very similar ways: What do you see when you come around this corner? What is in the foreground and the background? Setting up a long shot, a frame within a frame, you’re constructing space too, but film has a different language for it.”

Wien reports that Gang prepared by watching a list of favorite films provided by Doreen Bartoni, dean of Columbia's School of Media Arts ". . . with an eye toward how the cinematic space was constructed. At Studio Gang’s offices, architectural sketches for various views within the building are pinned to the wall alongside stills from films that relate to them . . Gesturing toward a rendering of a ramp that runs the length of the building’s interior façade, she says, 'As you’re moving up the ramp, you get this experience of the shadows from the glass being drawn across the space,' noting that it is inspired in part by the way Hitchcock used shadows and stairs to designate the passage of time in his films." (With those black silhouette people, the rendering at the top of the page has a definite Saul Bass-like feel to it.) Read the full story here.

We've written about architecture in film before, also talking about Hitchcock's expressive mastery with architectural tectonics and space. 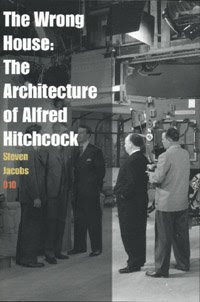 There's now an entire book of the subject, which I'm going to have to pick up, The Wrong House: The Architecture of Alfred Hitchcock, by Steven Jacobs, which explores how the director's use of architecture gave a psychological grounding to the emotions of his films, from the self-contained universe of the courtyard set for Rear Window, to the claustrophobic interiors of Psycho. (Is there anyone who's seen that film who doesn't feel they know and have lived in that house from the second floor hallway to the bare-bulb lit cellar?)

Cinema creates narrative spaces and, Hedrich-Blessing notwithstanding, architecture does, as well. Still photographs of the built environment, no matter how expressive or stunningly beautiful, in the last analysis flatten architecture, stamping out any feeling of how a building is actually experienced, of how it changes second by second with the shifting of the light and the continuously changing perspective of our bodies as they move through it.

In his best films, Hitchcock depended on key collaborators such as Saul Bass, whose stunning title sequences for films such as Psycho and Vertigo create psychological spaces for the audience, a decompression chamber that acclimates them to the environment they are about to enter. The brilliant music of Bernard Hermann creates a very specific acoustic space for that same audience. Just as the sound waves bouncing off a wall define the dimensions and character of a space for its inhabitants, Hermann's music sets the emotional space of a scene.

Hitchcock also worked with a series of extremely talented production designers, including Henry Bumstead, whose extraordinary, nearly 60 year career stretched all the way from My Fred Irma in 1949 to a long association with Clint Eastwood that ended with Letters from Iwo Jima, just before Bumstead's death at 91 in 2006. 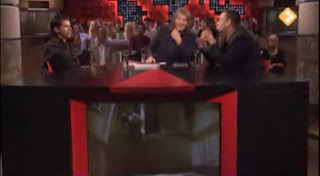 His work for Hitchcock not only included classics such as the remake of The Man Who Knew Too Much and Vertigo, but, as related by Jacobs, also included "interventions" at the director's Scotts Valley estate, and furniture, gates and grilles for another house in Bel-Air. You can read Jacob's introduction to his book here, and, should you happen to understand Dutch, can enjoy an in interview with the author on YouTube here.