Coal in the Stocking 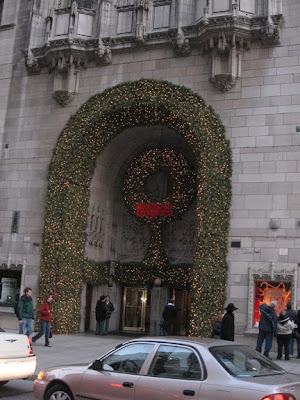 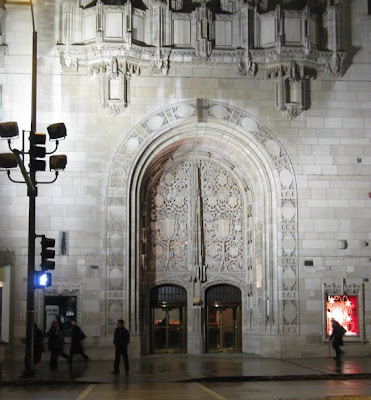 Sam Zell is turning into Captain Renault. He's "shocked, shocked" that the steaming pile of debt in which he buried the Tribune Company has led it to being forced into bankruptcy. Having once earned the nickname "the grave dancer" for his genius at picking clean the remnant value from the fresh corpses of other businessman's irrational exuberance, he apparently couldn't see coming the "perfect storm" of economic factors that would lead the Tribune Company into Chapter 11. We are led to believe that when we took the company private early last year, he couldn't have anticipated that loading it up with over $12 billion in debt at the same time that revenues, even before this fall's meltdown, were in relentless implosion, could have anything other than a bad end. For an investment of about $300 million, Zell got control of the company, and the employees - on paper they now own the company, as part of a strategy to avoid paying federal taxes - are left holding a less than empty bag: $7.6 billion in assets, $12.9 billion in debts.

Not so long ago a newspaper was seen as a license to print money, but with amazing rapidity, the stench of mortality overtook the smell of green, and the vultures circled. At the Sun-Times, it was royalist, accomplished looter and convicted felon Conrad Black, who, according to the current Newsweek, recently wrote a fawning op-ed piece praising George Bush, not in shameless pandering in quest of a pardon, but as his Lordship's sincere attempt to redress "the failings of the American justice system" that inexplicably put him behind bars.

If you listen to the "expert" analysts today, you get the impression that the bankruptcy will be a painless process where the debt holders will simply acknowledge that their investment is now worth billions less than what they paid for it, and everyone will be allowed to go on with their live. Don't bet on it.

For now, workers get paid, the 401-k's endure, and the Trib, as well as the Los Angeles Times and other papers in the company's stable, will continue to be on the stoop each morning, but its hard to believe that the big bank investors who have just had their pockets picked won't be putting the screws on Tribune management to protect the balance of their investment.

A nightmare vision of the future can be found in New York Times' Maureen Dowd's column last week profiling James McPherson, a self-proclaimed "Thomas Edison" of "the new journalism," who fired his Pasadena's weekly five reporters and outsourced their functions to India. "I pay by the piece," he brags to Dowd, "just the way it was in the garment business." One Mysore, India-based reporter was unclear whether the Rose Bowl was a sports story or a food event, but what do such distinctions matter when you can buy a thousand words for $7.50?

It would be easy to dismiss McPherson as a charlatan, but then there's Dean Singleton, publisher of also-ran dailies in Pasadena, Denver and Detroit - and current Chairman of the Associated Press - also drunk on the wonders of outsourcing, and off shoring, every possible part of the process. The next step? Increasingly, publishers are seeing sugarplums in a new business model where content is provided, not by paid reporters, but by readers. You can see a reflection of that idea in the Trib's Letters to the Editor page, which now sprouts vanity photographs of the letter writers.

The result of all this, of course, is mush, journalism as a popularity poll without depth or tenacity, a generic understanding that understands nothing. The world isn't just flat, it's featureless. Mysore or Pasadena, Chicago or Danang - same, same, right? Where everything is interchangeable, the intrinsic value of anything is zero, and all meaning is lost.

McPherson and Singleton depend, of course, on a wide readership with good jobs and the kind of wages that will allow them to buy the goods their advertisers want to sell. They just don't intend to provide any of those jobs themselves. They cling to yesterday's idea of the future, the supply chain economy of trolling the globe for a rotating churn of literate but impoverished workforces, exploiting desperation with a chimera of hope. That's not a business model. It's a Ponzi scheme.
(Click on time for permalink) 9:23 PM