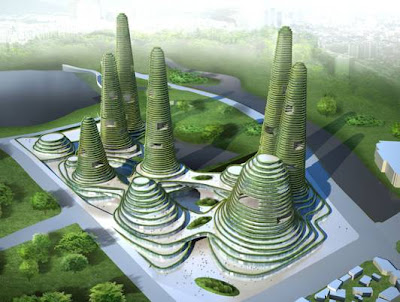 Telescoping towers gather a lot of moss, at least that may be the case in Korea, where it was announced last week that Rotterdam-based MVRDV is the winner of a competition, co-sponsored by Daewoo, to design a central "Power Centre" for the new town of Gwanggyo, about 20 miles south of Seoul, which is projected to have an eventual population of 77,000.

MVRDV's proposal, for a large site in the middle of a lake and timbered hills. calls for development in a sequence of concentric rings, and "a series of overgrown hill shaped buildings with great programmatic diversity . . . "

The project is intended to be super-green, both literally and figuratively. "Every part of the program receives a terrace for outdoor life. Plantations around the terraces with a floor to floor circulation system store water and irrigate the plans. The roofs of these hills and the terraces are planted with box hedges creating a strong, recognizable, cohesive park. This vertical park will improve the climate and ventilation, reduce energy and water usage. As a result a series of overgrown green 'hills appear in the landscape." 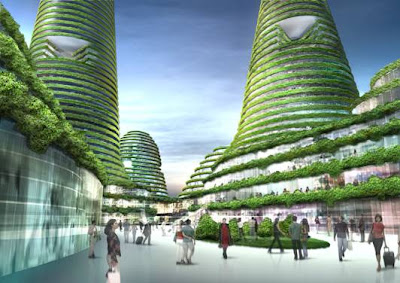 It's not quite clear what all of these people are going to be doing for a living. Only about 8% of space created in MVRDV's plan is devoted to offices, with the balance equally distributed between housing; culture, retail, leisure and education; and, rather surprisingly for a "green" town, a full 30% allocation for parking.

Not surprisingly, the powerhouse engineering firm Arup is being brought in as an engineering partner to figure how to make the thing possible. The project is currently in the hand of local bureaucrats for "further development and feasibility study," which, given the current economic climate, puts us anxiously in mind of some other distinctive-looking towering green presences.

You can can more pictures and info, including one of the models being made, in this great post on ArcSpace, here. 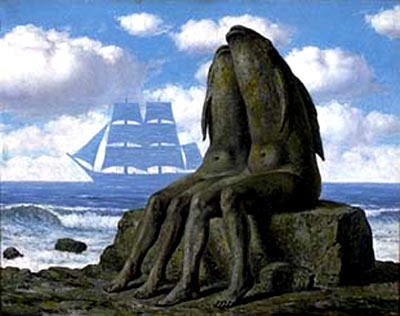 And, in the department of things we've found while looking up other things, a visit to the MVRDV website brought us to their 2000 Pig City project, which considered Netherland's position as the biggest pork exporter in Europe, in the quantity of 16.5 million tons per annum. 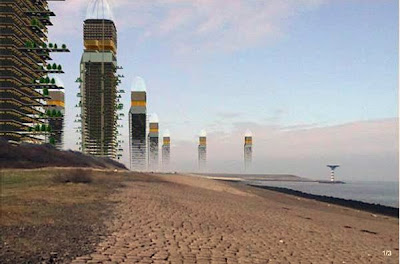 MVRDV, doubting a mass conversion to vegetarianism, posited an alternative that would be less demanding on Holland's limited land resources and more humane for the pigs - at least until the moment we knock them off - in which the stockyards would go condo in a series of 76 towers offering high-on-the-hog beachfront apartments complete with big balconies to allow the animals to frolic about in tree-shaded sunlight. 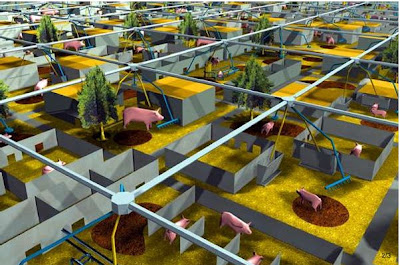 Why didn't Daniel Burnham think of this?

Although it's the British who appear to have gotten there first: