Watching it is vaguely arousing:  the drill plunges deep, deep into the shaft, and then it starts screwing.  It screws in.  It screws out.  When it finally pulls clear, the drill-bit tip is encased in a horse hockey canister of dense Chicago clay, which it then spins away, like a dog shaking off rain, onto a ground that takes on the appearance of an over-painted canvas, there for but moments before a  power shovel smears the brushstrokes, scoops up the heavy muck, and dumps it on a growing nearby pile.
This is a site, just south of the Sheraton Chicago, that's been vacant as long as anyone can remember.  For a brief time in the delusional part of the century's first decade, it was to be home to a 107-story, 1,265-foot-high Waldorf-Astoria Hotel, designed by DeStefano+Partners. 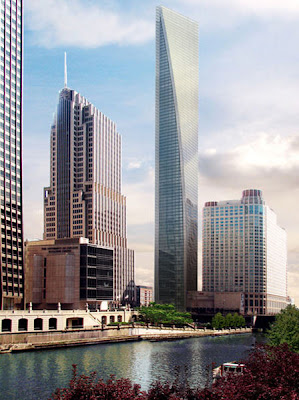 Unlike the equally hallucinatory Chicago Spire, however,  it never even got to the point of being a big hole in the ground. 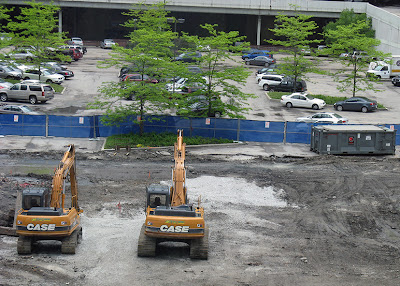 The south end, was  a surface parking lot, complete with its own anemic forest. 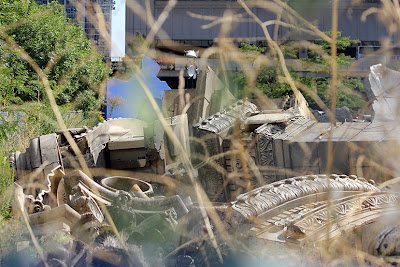 The north end, across from the AMC River East, was a garden of rubble that served briefly as the dumping ground for architectural mock-ups used in the filming of Transformers 3: Decepticons Trash Wacker Drive. 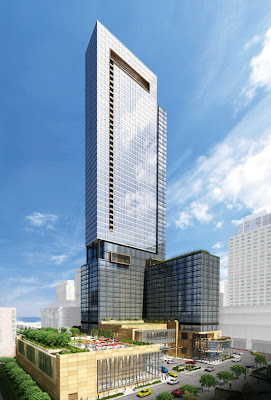 Now, after multiple delays, work is actually beginning to fill up the full city block with a Solomon Cordwell Buenz-designed, 53-story, 590-foot-tall mixed use project combining about 400 apartments with 400 hotel rooms. 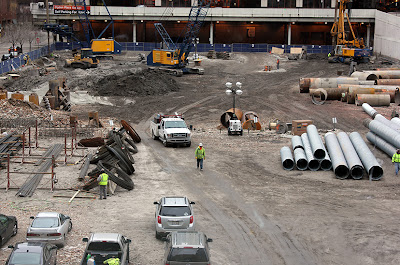 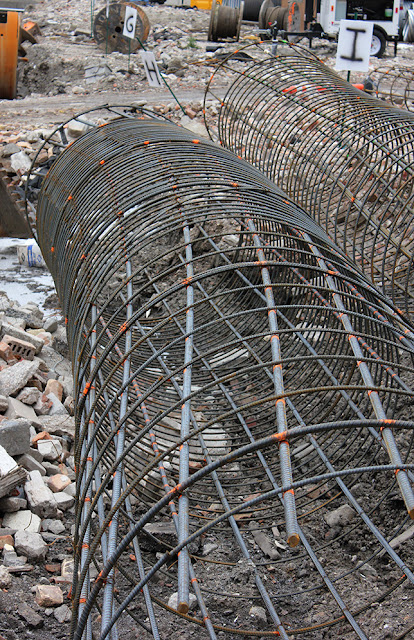 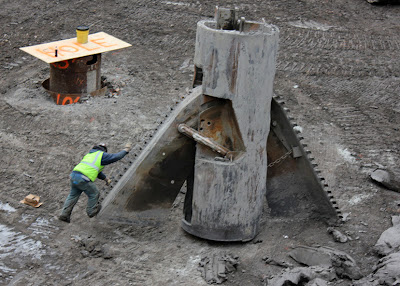