When last we wrote of the 1946 Alfred Alschuler building at 400 South Jefferson this past April, it had been stripped down to its bare concrete frame with the removal of the original, mostly blank, brick walls.  On Tuesday, they were still working on the interior, with Van Buren backed up with furniture and painter trucks and the like, but the exterior is pretty much finished, and it's turned out rather well. 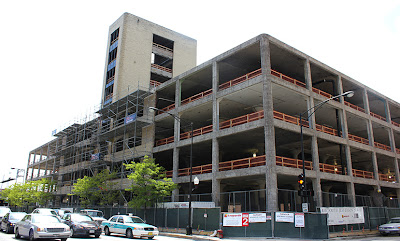 Preservationists weren't happy when the substantial changes to the facades were announced, but an argument can be made that replacing the  brick inlay with long bands of ribbon windows is actually a truer expression of the open modernist aesthetic than the largely solid masonry walls of the original building, designed for a lithography company.  The  new, low iron glass walls are by Glass Solutions, Inc. 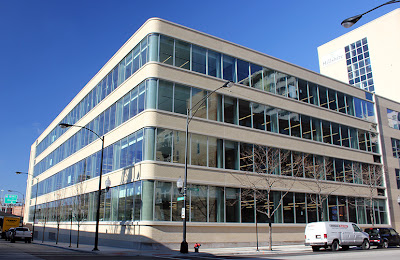 The curve of the corners has been maintained, but now in glass rather than brick, with the columns visible right behind the windows. 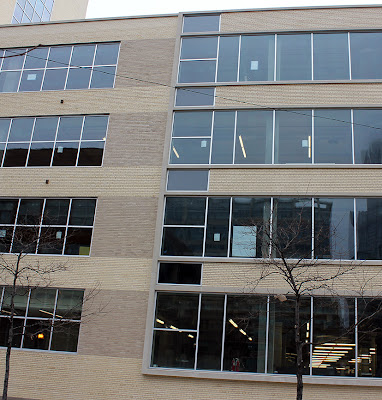 The only part of the redesign I find a little mystifying is the way the brick spandrels along Jefferson in the north and south wings don't extend all the way to center edge, but end with a sequence glass spandrel panels that don't visually resolve either vertically or horizontally. 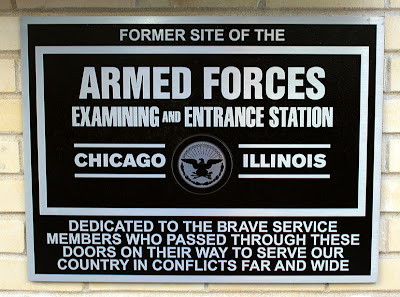 And Dennis Byrne, take note: along Van Buren Street, there's even a plaque memorializing the building's long service as a Selective Service center that thousands of recruits on their way to the Vietnam War. 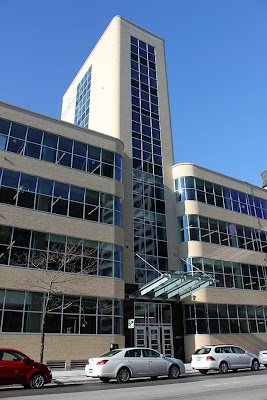 The Proteus Group redesign is prepping the building to become the new headquarters for Hillshire Brands, one of two spin-off companies from what was formerly the Sara Lee Corporation.  After leaving the city for Downers Grove in 2005, Hillshire is moving back, with a promised 500 jobs and a possible 150 new positions.  The $30.1 million construction costs were subsidized with $6.5 million in TIF funds.  In addition to the new skin, the project included new HVAC, elevators, roof and common areas.

Completed - start-to-finish - within a year, the project has just won NAIOP's Office Redevelopment of the Year Award, presented to the team including Proteus, Leopardo as general contractor, and Project Management Advisors as program manager and owner's representative. 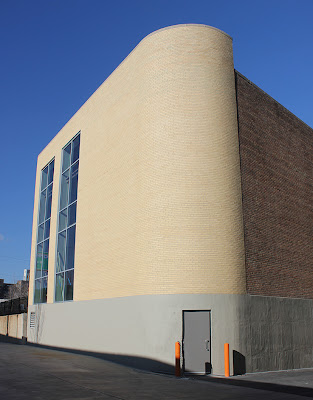 On the two-acre site, Hillshire is occupying the 221,000 square-feet of above-ground space, but will not control the 60 parking spaces and storage area in the basement. 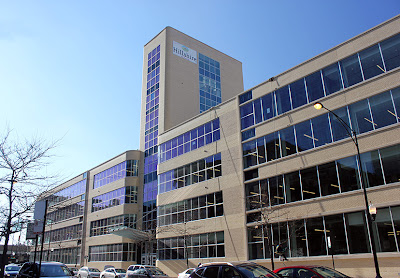