It's one of the few surviving works by architect John Wellborn Root, and one of his last.  He designed it just before he died prematurely in January of 1891, just days after holding a dinner at his Astor Street home for the architects who would create the buildings for 1893 World's Columbian Exposition, and insisting on seeing each one to their carriage on a bitterly cold night. 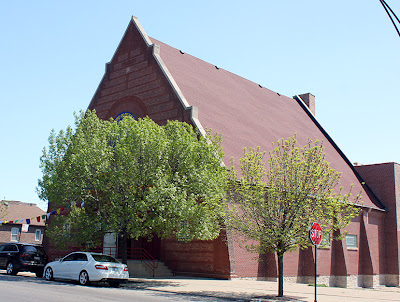 His partner Daniel Burnham completed construction for a largely Polish congregation, and the Immanuel Presbyterian Church  opened at 1035 West 31st street in 1892.    It's a compact as a bulldog, as simplified as the Monadnock, sort of Boullée cenotaph . . . 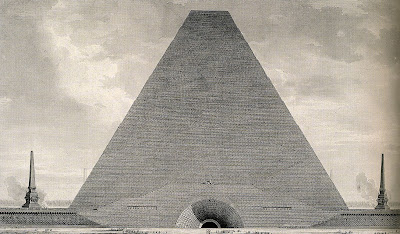 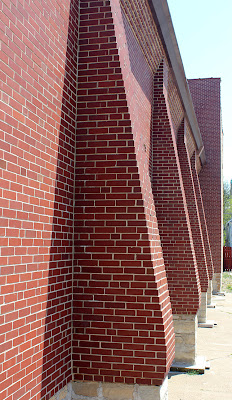 None of the interior detail survives.  After the Presbyterians moved on, the building became a gym, and then a Knights of Columbus Hall.  In 1994, it became home for the Lin Shen Tze Temple, which continues to be the tenant to this day. 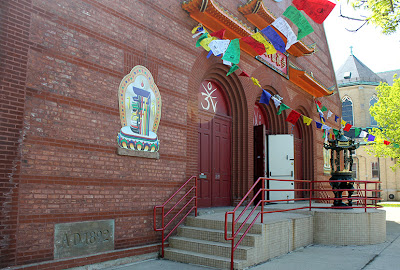 John Wellborn Root was known to be a musical prodigy “who could sing before he could talk.”  Was that his spirit I sensed on Wednesday in the white-shelled sanctuary, contemplating the passage of time and joining in with the chanting? 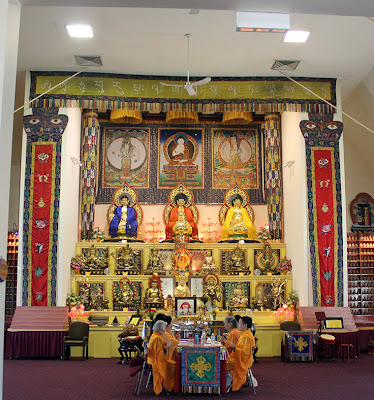 Reminds me of St Gabriel's, which is another hidden Root gem.

How come I've never seen or heard about this building???

it probably is overlooked because it's not downtown.

Well, I get around the city neighborhoods a lot, and I STILL never heard of this one. My fault!