The National Public Housing Museum receives $40,000 grant from the 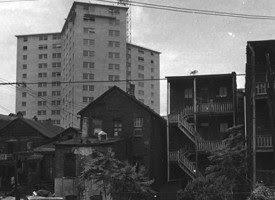 National Endowment for the Humanities. The grant will support planning of Our Stories: Resident Voices of Public Housing. The PHM is working towards a 2012 opening in a structure that is the last surviving building of the Jame Addams Homes, which opened in 1938 as the first federal public housing project in Chicago. Read the full press release (pdf format) here.

The Society of Architectural 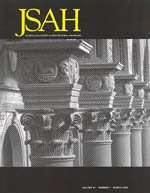 Historians receives $213,000 grant from the Andrew W. Mellon Foundation to "develop the first online architecture journal that will incorporate moving Google Earth maps into articles about the build world." The first issue of JSAH Online, to be co-published with the University of California Press, is scheduled to be release in March of next year. "JSAH Online will be the first online journal to the arts and humanities that incorporates such cutting-edge features" as simultaneous viewing of both text and dynamic images including film and video, zoomable images, digital maps and 3D models.

Spertus Museum launches Ground Level Projects, to be on display in the glass-enclosed Michigan avenue vestibule. 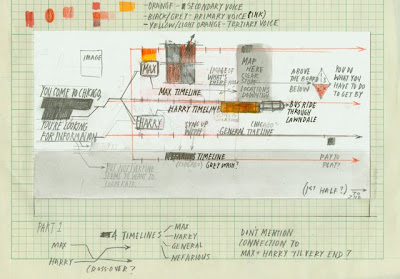 On April 30th, an installation by Chicago-based artist Deb Sokolow will be the first of four "creative encounters curated by Staci Boris that investigate, challenge, and expand traditional perceptions of the Jewish experience" in the museum's new Krueck & Sexton designed home, and will be visible "from the street, connecting public and private spaces." While admission is required for the museum proper, access to the Ground Level Projects will be free. More info here. 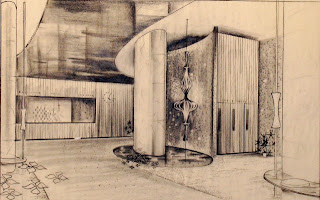 Design Drawings extended through May 30th at the ArchiTech Gallery, 730 North Franklin, Suite 200. The show displays design from drawings from the mid-1940's to late 1960's "that mark the beginning of the most accelerated period in American consumerism." Designers include Henry P. Glass, R.G. Martelet, Vincent Raney and Bertrand Goldberg. More info here.