Own Your Own Calatrava, Krueck, Gang, Summers 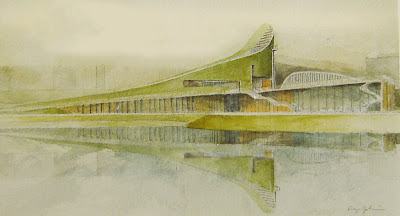 Ok, so you're not in an economic percentile that allows you to commission a building from one of Chicago's top architects. Courtesy of the Graham Resource Center, the library at the College of Architecture at IIT, you can still have your own artwork, suitable for framing, as they used to say (fish wrapping not allowed).

On April 2nd, to benefit their endowment fund, the Graham will be holding an auction, 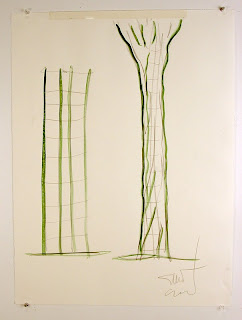 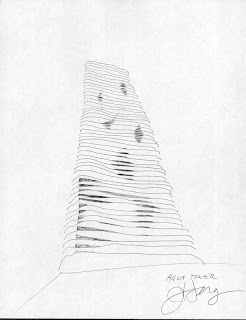 both live and silent, of dozens of striking items., from Santiago Calatrava's sketch for the Chicago Spire - dating from those halcyon days before liens began to fly - Ron Krueck's early color 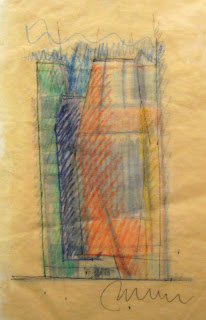 pencil study for the Spertus Institute, Jeanne Gang's ink drawing of her Aqua Tower, a Gene Summers etching (bottom), a first edition of Learning from Las Vegas signed by Venturi and Scott Brown, and Ralph Johnson's watercolor of his l'Universitiare Catholique de Louvain in Belgium (top). Other architects represented include Martin Felsen, Peter Pran, Helmut Jahn, Joe Valerio, Gordon Gill, John Dubrow, Steven Brubaker, and Peter Ellis. You can check out all the items, and see the full information on the event. here.

auction 7:15. Tickets are $75.00, and include a one year membership in the Friends of the Library. The auction, itself, is open to the public, and for those who can't attend in person, bids from remote parties will also be accepted. For more info, and to RSVP, call 312/567.3263.