News Briefs from All Over:

Activate Union Station: 2013 Placemaking Chicago Contest.  The Metropolitan Planning Council is again holding a competition for the right to place its own version of Spontaneous Interventions into 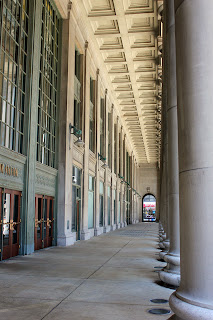 Union Station for nine days from August 24 to September 2, plus $5,000 to help carry it out.  The MPH has staked out ”three prime locations”, including:

Two of the three sites will be selected for implementation; winners will receive $5,000 per site to implement their ideas at Union Station over nine days this summer, from August 24 through September 2.

Richard Smith joins Cannon Design - as Principal for the company's Science and Technology practice, from HOK.

Ragdale selects architect Stephen Dietrich Lee - as the winner in a design competition for an outdoor installation and performance space at the 1897 former Howard van Doren Shaw house in Lake Forest that became home to the Ragdale foundation and its artist residency program in 1976.  The competition sought ideas for a contemporary re-imagining of The Ring, an outdoor theater Shaw created for the performance, typically by friends and neighborhood children, of plays by Shaw's wife Frances. 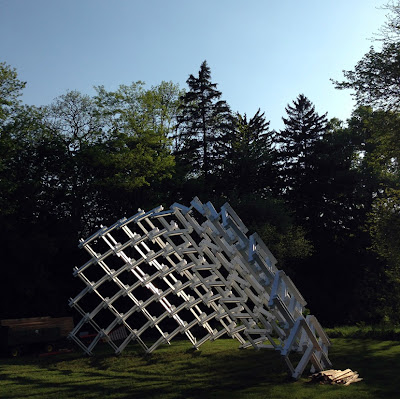 “I was intrigued,” says Lee,  “by the simplicity of manipulating a single, repetitive module to create a temporary Ragdale Ring that is both dramatic and functional.”  “The organic, geometric structure is composed of stitched wood pallets of the same shape, height, and weight that are then daisy-chained to one another, creating a zigzag pattern. Developing a repeatable pallet was economical and provided valuable volume with very little material. The pallet jointing permits a great deal of flexibility, creating a curved, porous structure that marks the performance space.” 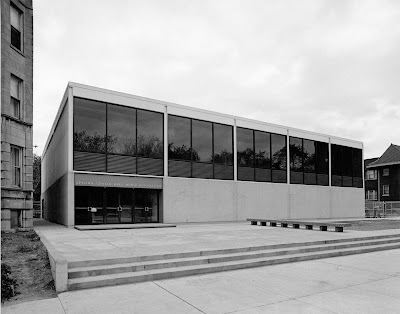 The Consortium to Save Hull House Theater - Currently home to the Pegasus Players, and previously to the Organic Theater and Jackie Taylor's Black Ensemble Theater, the Hull House is threatened with conversion into residential use.  Supporters of The Consortium, including Joe Mantegna, Jim Belushi, Robert Falls, Jackie Taylor, Stuart Gordon, members of Preservation Chicago and local business leaders, have started a petition drive and have begun to lobby aldermen to save the 1966 venue, designed by Crombie Taylor. Pegasus Players and The Consortium are working on an alternative plan to purchase, renovate and expand the theater with an additional auditorium.

Update: the vote on zoning was postponed.  Update from DNAInfo.Chicago here.