This how functioning cities evolve.
Crain's Real Estate Daily reported last week that Google is consolidating its Chicago office space, much of it at a Perkins+Will building at 20 West Kinzie, into 1KFulton (will the move come with renaming rights?), the former Fulton Cold Storage warehouse that has been stripped down to its bare bones awaiting the new facades of a Hartshorne Plunkard-designed retrofit.  The developer, Sterling Bay, is proving itself one of the most adapt practitioners in Chicago right now, with the Google catch coming off Sterling Bay doubling its investment in little more than a year at 400 South Jefferson, the former lithographers loft building in the West Loop that, like Fulton Cold Storage, was stripped to its concrete frame and given new, more open facades as the headquarters of Hillshire Brands, the Sara Lee spin-off that returned to Chicago after a decades-long sojourn in the suburbs. 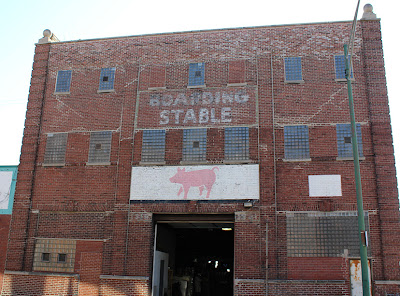 1K Fulton (Work. Eat. Chill. says their website)  is the centerpiece of a rapidly gentrifying neighborhood marked by former lofts converted to residential and boutique hotels, and former industrial buildings to upscale restaurants, shops, and art galleries.  Which, in turn, will eventually be replaced by Gap stores and Starbucks when the transition fully matures. 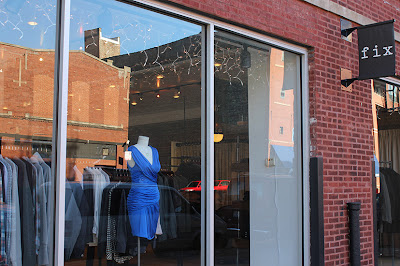 The sea change already has its own lighthouse in the stunning new Ross Barney-designed Green Line station at Morgan Street. 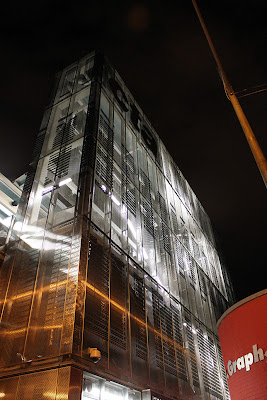 As you can see in the photos at the top of this post, the last vestige of 1KFulton's historic identity - the huge sign on the tower - has now been stripped away along with the brick on which it was painted.  The Google move could be a game-changer, making Fulton Market a high-tech hub.  Is it only a matter of time before the last meat packing, fish mongering and food processing businesses are completely crowded out and effaced from the district that they gave its name?  In an increasingly virtual world, the actual retreats.

I am pretty sure SRAM is already the anchor tenant. They are moving their global headquarters there, which involves an indoor test track.

Google, locally, isn't that big, it is mostly sales/support staff.

Your blog is so good i really inspire to see your blog thanks for share. Chicago Third Party Logistic Warehouse