The line has been crossed.  Can there be any turning back?

Since the Wendella line - started with a single wooden boat reconstructed by Swedish immigrant Albert Borgstrom back in 1935 - first began offering commuter service along the Chicago river in 1962, the city north of Illinois Street has been like the world before Columbus - to cross it would be to fall off the edge.

As of now, however, it's a  (Brave) New World.   Last week, a boatload of guests including Blackhawk mascot Tommy Hawk and Chicago alderman Ed Burke, who immediately pocketed a fiver from Tommy for getting the property taxes on his aerie cut in half, boarded one of Wendella's distinctive yellow Water Taxis on the inaugural run of a new service from the Ogilvie Station to the tip of Goose Island . . . 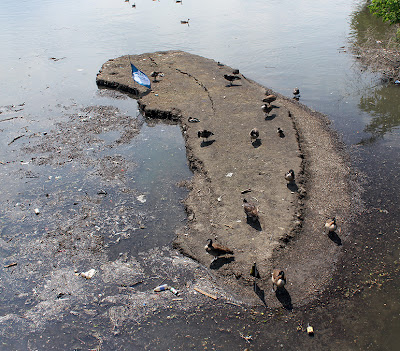 No, not that Goose Island.  The big one, just south of North Avenue, where Wendella has built a shiny new dock.  According to a story by Paul Biasco of DNAinfo.Chicago, the genesis for the service came from being approached by the Wrigley Company, which was transferring the last of the employees, many of whom had been regular Water Taxi passengers, from the namesake Michigan Avenue Building that had been the corporation's home since the 1920s to the Global Innovation Center it had opened on Goose Island in 2005.

The run takes about 22 minutes, with a basic one-way fare of $4.00, a 10-trip ticket for $24.00, and an unlimited monthly pass for $60.00.  The RTA has added Wendella to its Transit Benefit Fare Program, which allows commuters to pay for trips with pre-tax payroll deductions.  The initial schedule is seven runs each direction every weekday.  When I took a test ride on Wednesday, I think I was the only passenger.  What makes it a bit more complicated is that since the North Avenue dock requires boarding from the upper level, Wendella has to use its largest, two decker boats for the service, no matter how sparse the usage.

No doubt ridership will build.  The dock location is adjacent not only to Goose Island, but to the still expanding North and Halsted retail and residential corridor, and less than a mile to Wicker Park and Bucktown to the West.

Quite apart from the utilitarian aspects, the new Water Taxi run is a great way to see the city and the way the river binds together old industry on its west bank and gentrifying residential on the east.  Here are some of the highlights . . . 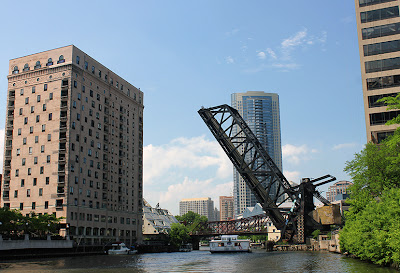 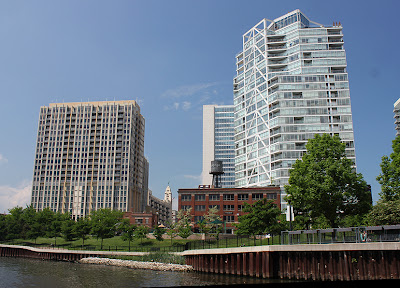 Erie on the Park, 2002, Lucien Lagrange (right) and A. Montgomery Ward Park, Wolff Landscape Architects and Peter Walker and Partners 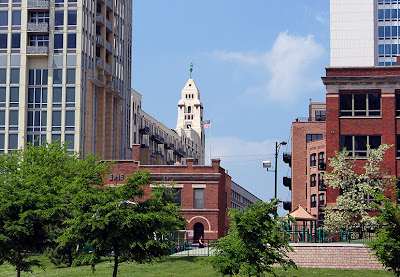 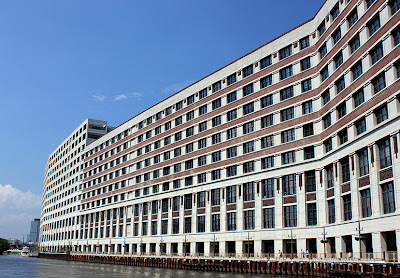 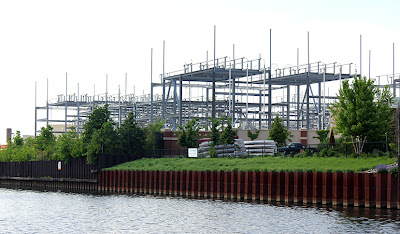 I have absolutely no idea what this is.  If you do, let me know. 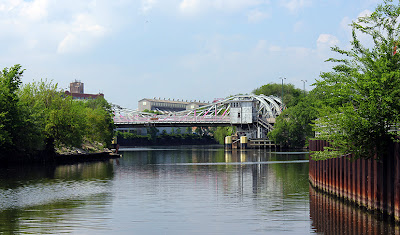 Division Street Bridge,  Thomas G. Pihlfeldt and John E. Ericson, Dept of Public Works  1903.  Why is it pink?  Once again, I have no idea.  If you do, let us know. 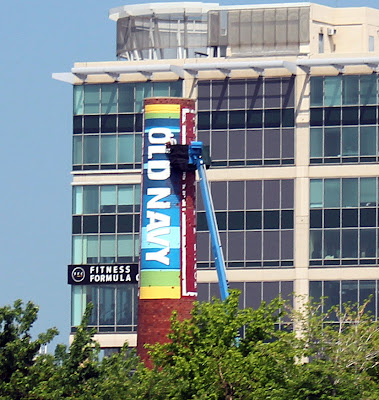 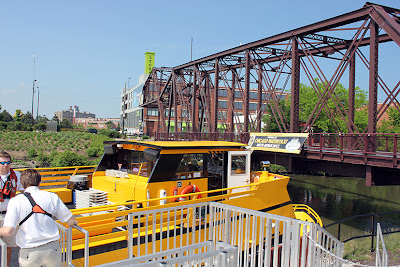 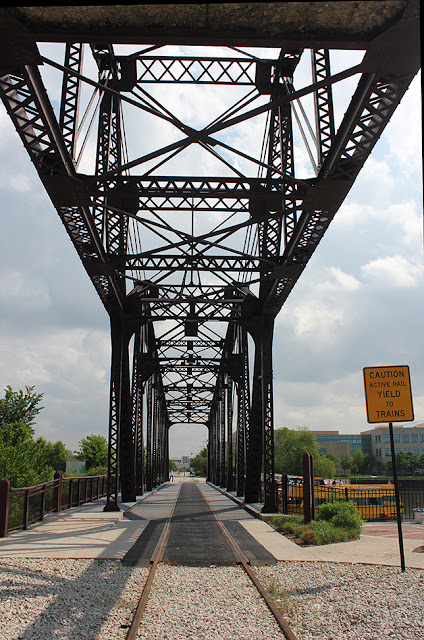