Blah Blah Blob!, by Katherine Darnstadt's firm Latent Design, a nylon sculpture that will actually be constructed not in the Grand Hall, as shown on the rendering, but outside, along atop an artificial lawn on the riverside esplanade of the Fifth Third Center, the new name for 222 South Riverside, the mediocre skyscraper for which Union Station's great concourse was demolished.


Commuters, people watchers, newspaper readers, snack eaters, conductors, and picture takers are invited to wander inside the multi-colored blob or view it from a distance as it moves in time with those navigating its passage ways. 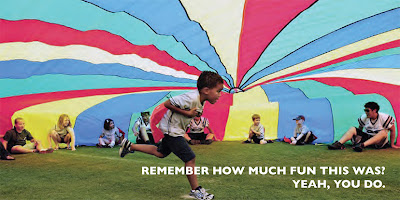 .  . . Under the blob will be an astro turf lawn that will invite commuters to stop and enjoy the space within a space. Lectures and special events will be hosted under the blob during the installation in partnership with the Spontaneous Intervention exhibit and other arts organizations.

The second winner, trainYARD, by a unnamed “team of Chicago-based architects” will transform the station's Great Hall into a recycled summer landscape., with synthetic grass, tetherball, picnic tables and lawn games like bocce. 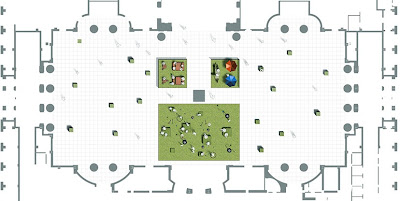 We know that summer in Chicago can get hot and humid, which makes it hard to get out and enjoy the lovely parks around the city.  We are bringing the park to the people and putting it right in the middle of their daily routine.

Both winners will get $5,000 to make their visions a reality  The installations are scheduled to be on view from Saturday, August 24th through Monday, September 2nd.  During that week, Fitness Formula Clubs will also be offering free body fat testing and classes on the Fifth Third Center plaza. 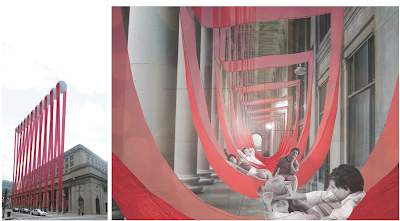 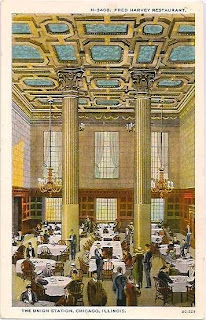