It was supposed to be a celebratory year.  2006 was the 150th birthday anniversary of Chicago architect Louis Sullivan.  With his partner Dankmar Adler, he had created some of the most striking masterpieces of the first Chicago School.  Sullivan split with Adler after the economic crash that followed the 1893 World's Columbian Exposition, but even as his career entered a long, tragic decline, he continued to create astonishing works such as a series of small Midwestern banks, and the Krause Music store on Lincoln Avenue. 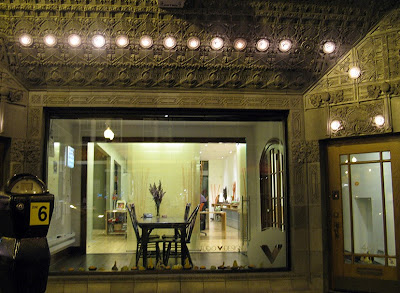 And there were a number of celebratory events, including the Chicago History Museum's Louis Sullivan at 150 website.  You could still see the restored spectacular theater of Adler and Sullivan's Auditorium Building . . . 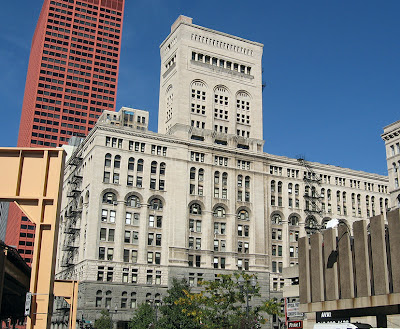 and you could still shop at Louis Sulivan's Carson Pirie Scott . . . 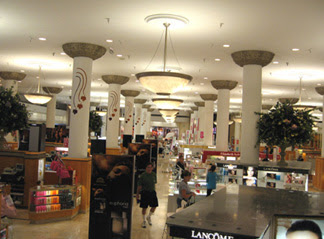 But perhaps the most striking way Chicago choose to celebrate Louis Sullivan was to burn down three of his buildings in just a eleven-month span of 2006. 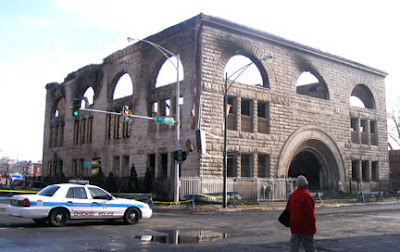 On January 6, Adler and Sullivan's 1890 Kehilath Anshe Ma’ariv Synagogue, which, as Thomas Dorsey's Pilgrim Baptist Church became known as the birthplace of Gospel Music, burned to the bare walls in a fire set off by a construction worker using an acetylene torch on the roof. 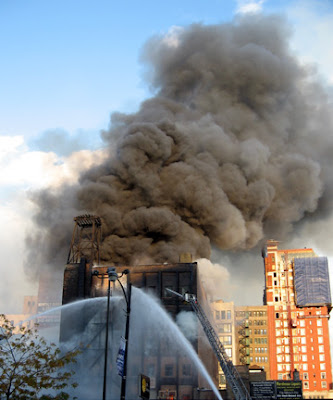 Then, on October 24th, a worker using an acetylene torch to take apart a boiler in the basement started another blaze that destroyed Adler and Sullivan's Wirt Dexter Building on Wabash. 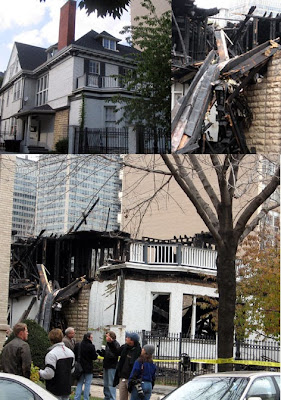 The following month, one of the firm's last surviving residences, the George Harvey House, whose owner was reported to have wanted it demolished for a new condo development, burned to the ground in a suspicious middle-of-the-night fire.

Today, seven years after that trifecta of disaster, the Auditorium still stands, although its tower's backdrop is no longer the blue sky, but the blue of VOA's new dorm for Roosevelt University. 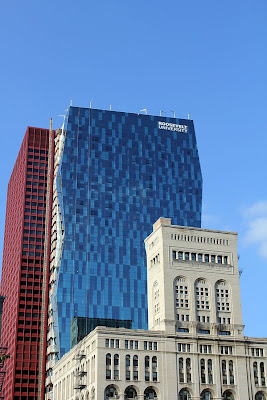 Carson Pirie Scott has almost received a major and welcome update.  Celebrating the death of the department store, Carson's shut its doors early in 2007 after over a century of doing business in Sullivan's landmark.   In 2001, Carson's had sold the building to developer Joseph Freed, and before running aground against the disaster that is Block 37, Freed had made Sullivan's building their calling card, with a $190 million investment that included Harboe Architects leading a team that restored Sullivan's intricate cast-iron ornament . . . 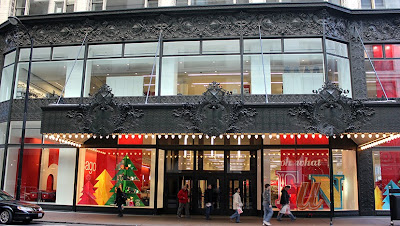 . . . and uncovering the ornament designing by Sullivan for an early 20th-century remodeling of 22 South Wabash . . . 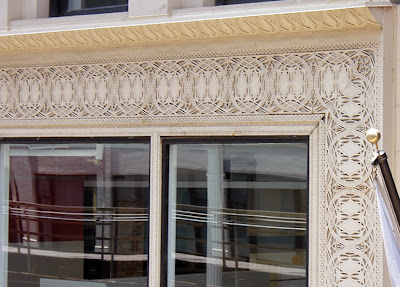 Now renamed Sullivan Center, the former Carson's store has become something of a magnet for architecture and design.  It's currently the home for both Gensler Chicago and the School of the Art Institute and its Sullivan Galleries on the 7th floor.  Last year, the building was reborn as a handsome, two-level flagship for a flagship City Target, the retailer's concept for expanding beyond suburban malls into the center city. 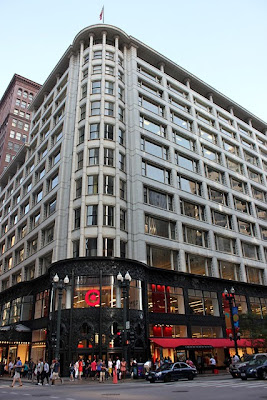 Photographer Richard Nickel lost his life photographing another Adler and Sullivan masterpiece, the 1894 Chicago Stock Exchange Building, while it was being demolished in 1972.  The trading room, lovingly restored by John Vinci, was reconstructed at the Art Institute.  The great entrance arch was also saved and erected within a charming park at Monroe and Columbus, where you could actually walk through it . . . 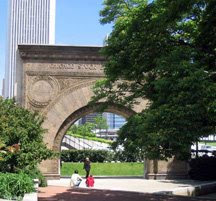 . . . until 2009, when with the construction of Renzo Piano's Modern Wing, the Stock Exchange arch was left like a garden gnome, stranded and inaccessible in the middle of a ditch-like flowerbed. 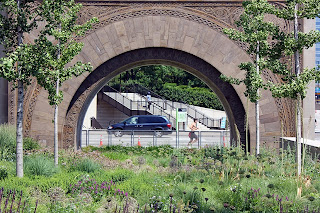 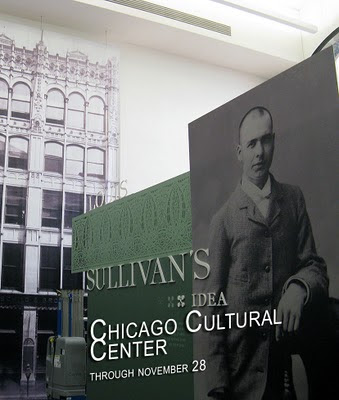 First, here was Louis Sullivan's Idea, Chicago cultural historian Tim Samuelson's masterful overview of the life and architecture of the great architect.  Designed by graphic artist Chris Ware, it made full use of the Chicago Cultural Center galleries with a a display of carbon filament lighting and supersize photos that gave you a real feel of what it must have been like to encounter the vanished buildings.  Unfortunately, Cultural Center shows don't get catalogs, so the only thing left of this great show are the memories and this eccentrically shot video . . .

At about the same time, the Art Institute of Chicago mounted Looking after Louis Sullivan, a striking collection of photographs by John Szarkowski,  Aaron Siskind and Richard Nickel. 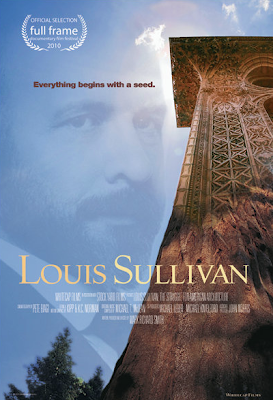 April saw the debut of Louis Sullivan: The Struggle for American Architecture, Mark Richard Smith's labor-of-love documentary on the architects life and art. 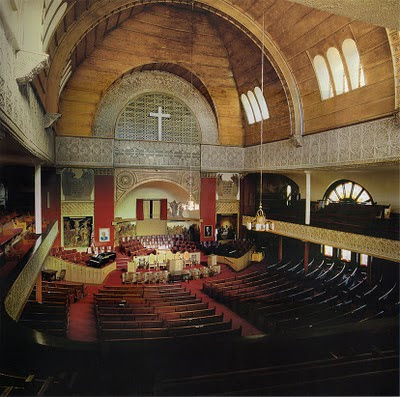 To top it all off, in September of the year, we really hit pay dirt with the publication of The Complete Architecture of Adler and Sullivan, a landmark book that was an epic of scholarship and storytelling by Ward Miller, John Vinci and Tim Samuelson.  First the first time, there was a catalogue raisonné of every project Adler and Sullivan worked on, lavishly illustrated, including a large number of eye-opening color photographs.

Finally, the legacy of Louis Sullivan was here for everyone to see, for all time.

Well, not really.  Quite understandably, the first edition of The Complete Architecture of Adler and Sullivan sold out quickly.  It is now out-of-print.  Amazon.com lists copies from $450 to $1218.  Another dealer will sell

you one for $3508.  2010 ended with the book being acquired, along with the other assets of The Richard Nickel Committee, by The Art Institute of Chicago.  There has been no second edition, and, so far, none has been announced.