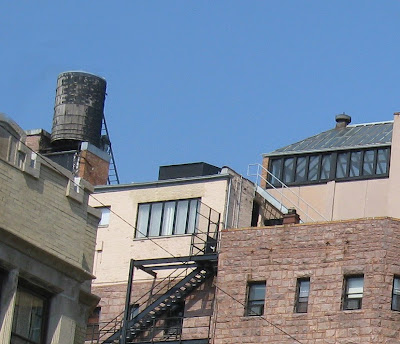 Yesterday, this 15-foot-tall, 5,000 gallon water tank fell from the top of the landmark 1893 Brewster Apartments Enoch Hill Turnoch at 2800 North Pine Grove, injuring three people below.  The tank had passed a city inspection after adjustments were made to the steel supports in 2010. 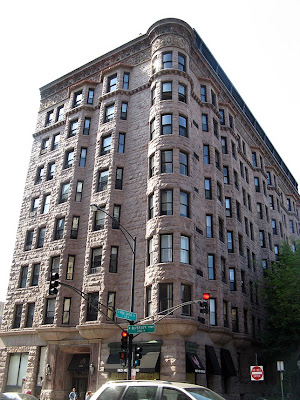 After the accident, water tanks rose from their usual status as largely ignored up into a media frenzy.  Enterprising reporters dug up The Brewster Building Curse, which has a longer gestation period than a cicada, considering that the incident in question, the death of the structure's builder in a fall from scaffolding, took place in 1895. 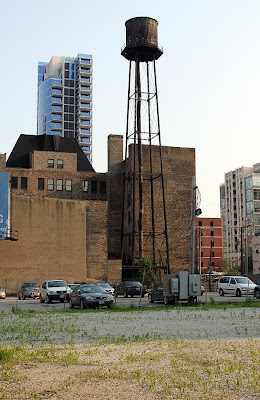 Similarly, we should brace ourselves for a gaggle of politicians suddenly and photogenically enervated about water tank safety, although incidents like the one that occurred at the Brewster are extremely rare.  In fact, Chicago treats water tanks less like a threat to public safety than as an endangered species in need of loving care. According to an excellent report by the Trib's Ellen Jean Hirst, Ryan Haggerty and Kim Geiger, a 2006 ordinance puts a 90-day delay on the demolition of water tanks to allow time to find a way to preserve them. [The article is accompanied by its own gallery of water tank photos, here.] 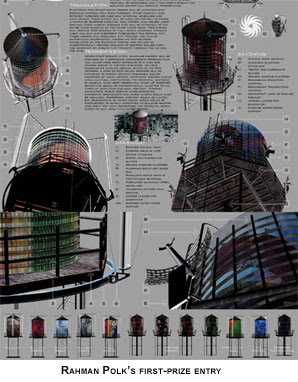 As we wrote in Tanks for the Memory, back in 2005, there were no fewer than 167 firms and individuals who submitted proposals in a Chicago Architectural Club design competition.  The organization had gone to then Mayor Richard M. Daley to ask how architects could help solve the city's problems, and somehow it was not the lack of affordable housing, mediocre civic design or blight that the Mayor asked Chicago's globally renowned architects to tackle, but water tanks.  And, then, of course, absolutely nothing came out of it.  Even with a jury that included Pritzker-Prize winner Thom Mayne - who estimated the entries represented 20,000 hours of work - all those creative ideas came off the wall and into the dark recesses of a closet.

Originally, water tanks were part of the fire-fighting arsenal of a city still bearing the scars of the Great Chicago Fire of 1871, capable of providing - instantly - large quantities of water to put out a blaze.  Over time, they became less relevant.  Yesterday, a radio report of WBBM estimated there are about 153 still in operation in Chicago. 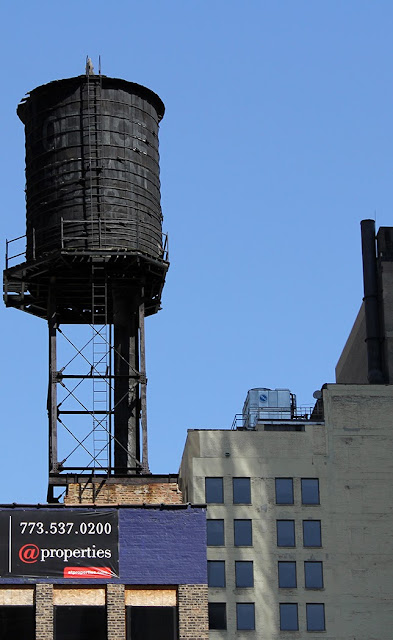 The aesthetic value of the water tanks was picked up on other 40 years ago by 41-year-old Japanese-American artist Sachio Yamashita, who made it his personal mission to paint as many of them as possible. “He said his watchword was to paint something every day,” says Chicago Cultural Historian Samuelson. “He'd go to the building owners, and talk them into letting him paint the tank. He'd get them to chip in for the paint, too. He'd go swimming in them - a hot day, climb up the ladder, go in and swim around. Every time he'd paint a tank, he'd paint it in bright colors, and then paint a number on it, and it was sequential. The first two sat atop the old Piper Bakery on Wells Street, side by side, that said 1,2” 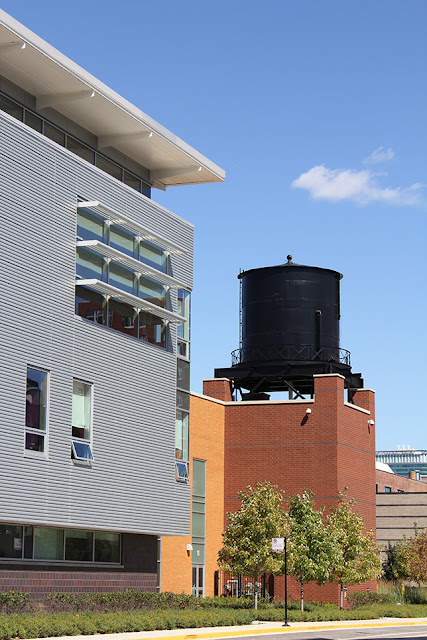 In 2009, a water tank was even incorporated into SMNG-A's design for the Mark T. Skinner West Elementary School. The tank collects storm run-off that is then used to irrigate landscaping.

While many water tanks have graffiti as their only artwork . . . 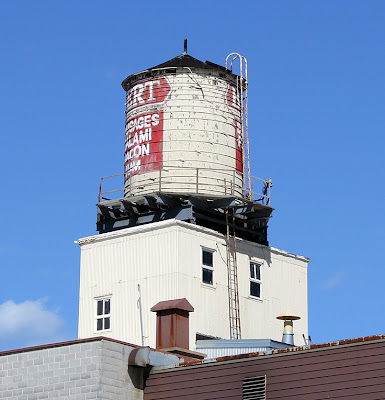 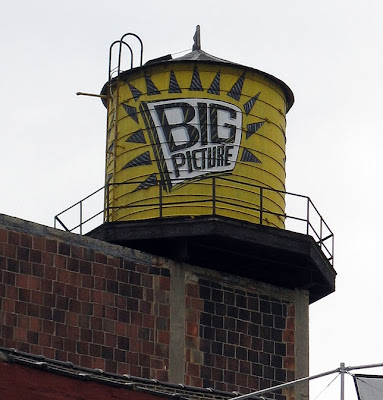 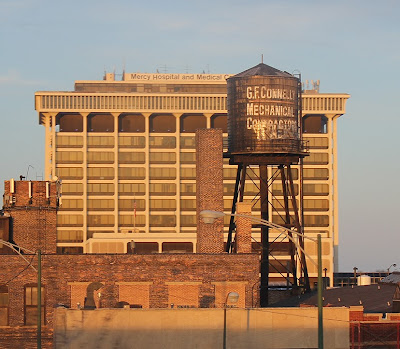 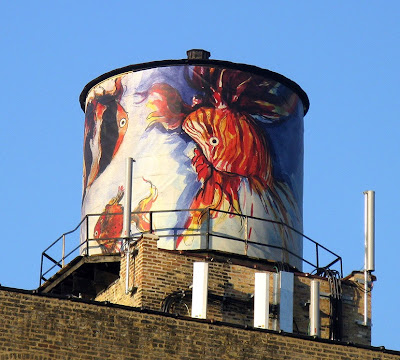 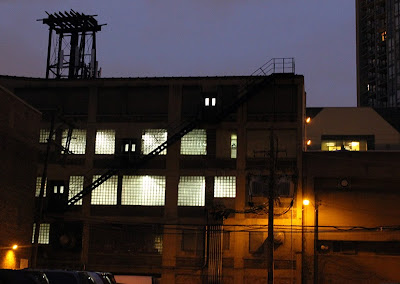 Tanks for the Memory

Hi to everyone,
I find this information very intresting.The need for a water tank is as old as civilised men. Storage and treatment of water is also very important.You can get more about it at
www.amprotec.net

I think that water tanks can still be useful in our days. I think that farmers would benefit from them. I'm sure that it helps them in their work. The stored water can be used for their crops and animals. http://www.producedirect.com.au

I never thought water tanks were particularly beautiful, but seeing your compilation of pictures is making me rethink that. They're actually a fairly iconic part of a skyline. The fact that they have a lot of actual use is just a bonus for these historical structures. Modern water tanks are much less obtrusive.
Jenn | http://www.watercartage.net