For the better part of the past century, north from Lake Street was where the Chicago River began to again show its natural roots.  To the east and south, the river had long before a constructed ditch with towers on either bank often coming right to the edge. 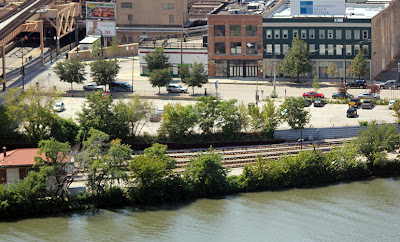 At Wolf Point, however, and along the western bank, the river retained what at least appeared to be a natural shoreline, hugged by trees, shrubs and plants that arose free from the guiding hand of any landscape architect.  For those long decades, this assuming structure, just north of Lake Street, was the most ambitious building on the site . . . 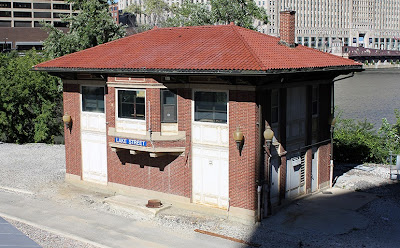 All that's history now.  There are big plans for all those last empty sites along the river in the Loop.  No fewer than three buildings are planned for Wolf Point, and renderings of a new office tower at 150 North Riverside were unveiled just last month.

That brick Metra building - and the ramshackle wooden stairway leading down to the river -  is now only a memory, as another massive tower, River Point, is about to go up in their place.  It's been designed for Hines Interests by Pickard-Chilton, architects of the 60-story 300 North LaSalle, completed in 2009.  The actual building, to be set back from the river along Canal Street, has yet to break ground. 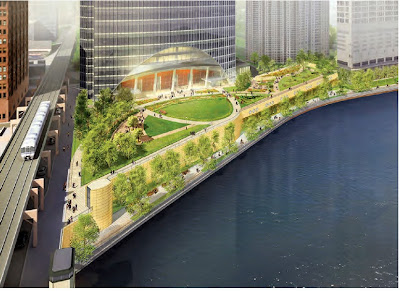 First the developer is creating a 1.5 acre riverfront park, for which they've shook down the city for a $29.5 million TIF subsidy.  (150 North Riverside, to be constructed on the other side of Lake, is also making a riverfront park part of their project, but without recourse to TIF money.)  The park at River Point is being built over the existing train tracks leading into Union Station. 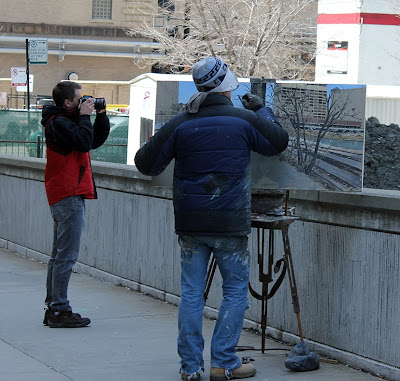 On a chilly day back in April, a painter was already documenting the vanishing surface tracks clinging to the river. 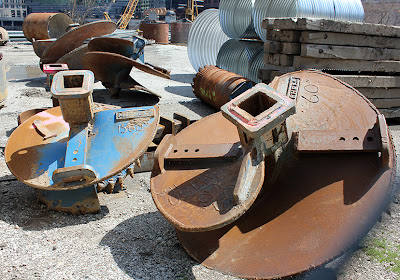 Soon, the construction equipment was rolling into place. 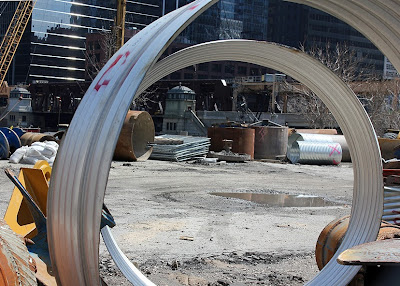 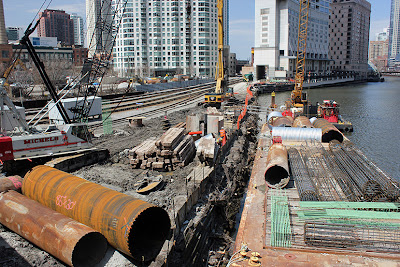 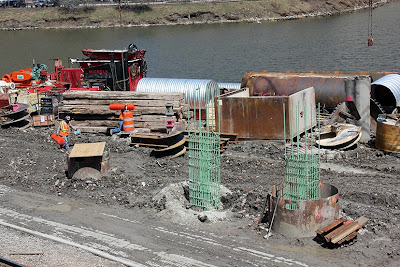 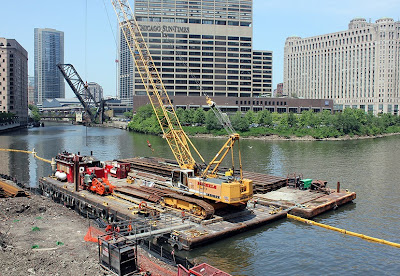 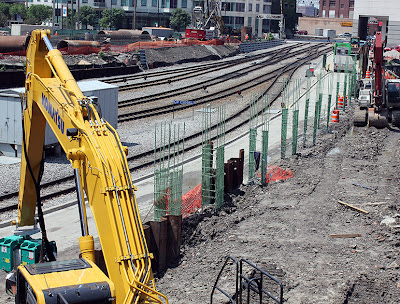 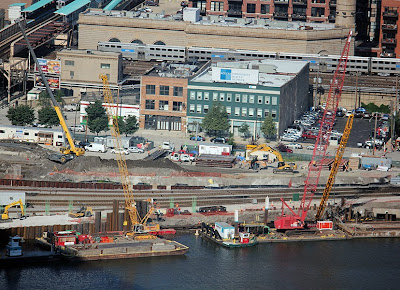 . . . and by July, there was no longer any mistaking but that this was the start of something big.

By August, there was enough green rebar in sight it might as well been St. Patrick's Day. 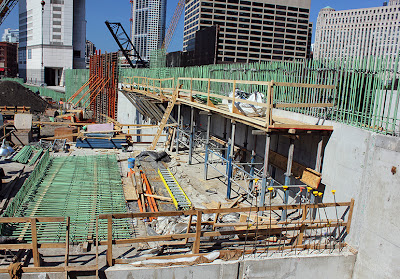 The irregular riverbank has already been replaced with a new river wall . . . 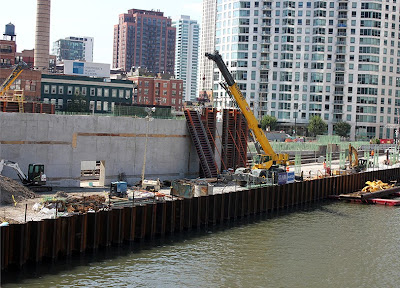 . . . even as concrete walls quickly began to rise to support the surface of the new park, and swallow up the accustomed, almost lullaby sound of locomotive bells forever . . . 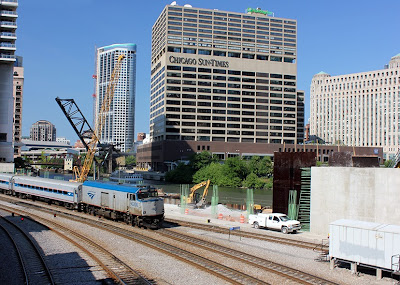 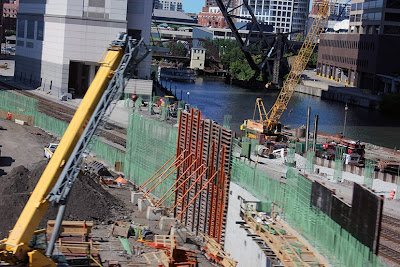 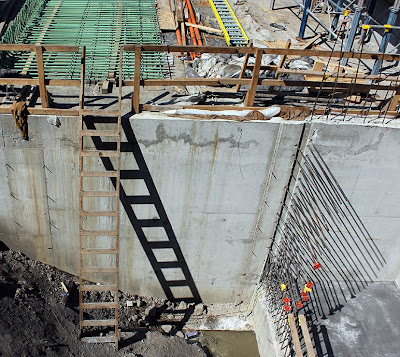 When it's all done, it will look something like this . . . 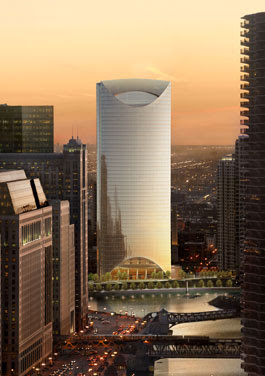 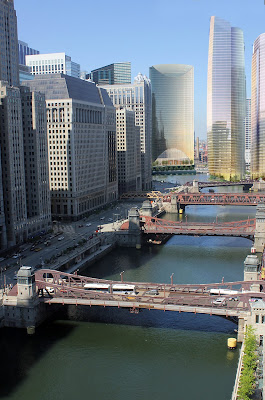 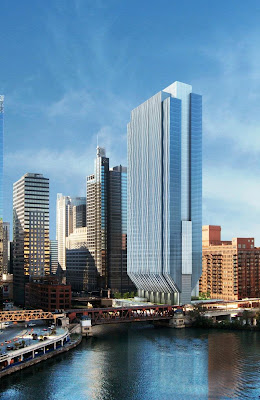 All in the name of industrialization.

Did they already release an estimated due date as to when the whole project in Chicago will be completed? Are they also including water park company in the area?