Chicago 4th Most Miserable; 1st Most Gullible. Why Top Ten Lists about Cities are Whack

When was the last time you heard or read "as reported by Forbes Magazine" at the lead of a major news story shooting across the media?  Never?  But you're hearing the name Forbes a lot now, especially in Chicago.  Why?  Because we made number four on Forbes just-released list of America's Most Miserable Cities.  I won't lower myself to providing a link,  You can find far better ways of spending your time; clipping your toenails, perhaps.

A long time back,  Forbes Magazine gave up on being a second-tier Fortune or Business Week and settled on becoming the Fox News of business reporting.  Indeed, after taking over the magazine from his far more talented and ebullient father Malcolm, presidential wannabe Steve Forbes turned a publication once known for scrappy reporting into the kind of journalism melding news with alternative reality right-wing wish fulfillment that gave the magazine's motto "Capitalist Tool" a whole new and not entirely flattering meaning.

And so, in the tradition of David Letterman, just a lot less entertaining, the "List" has become a Forbes staple.  Over time, you can choose from Top 10 Ski Resorts in the U.S., the 10 Best Cities for Newlyweds, and Top Ten Richest Rappers,  Surely, the Top Ten Trophy Wife Bikinis can't be far behind.  And now they've done it again.  With America's Most Miserable, they've gotten $100 million dollars worth of press and air time, not to mention social media buzz, by rubbing people's noses in their own shortcomings and getting high on the resulting outrage. 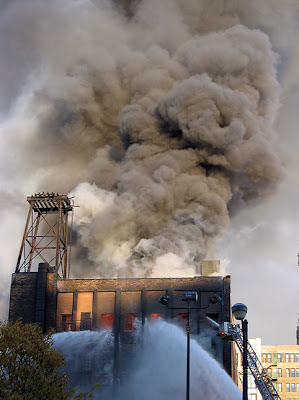 Yes, there's a lot of misery in Chicago.  It lives like a murderous canker within a world of wonders.  In contrast, the kind of small towns that get on ‘most livable’ lists tend to be safely homogeneous.  They take fewer risks, have smaller ambitions and more modest results.  There is nothing wrong with this.  I have never visited an American city, no matter how small,  that I didn't fall at least a little in love with.  In fact, these are the places where most of live.  Forbe's Most Livable dotes on college towns like Ann Arbor.  Chicago actually has two of these.  They're called Hyde Park and Evanston. 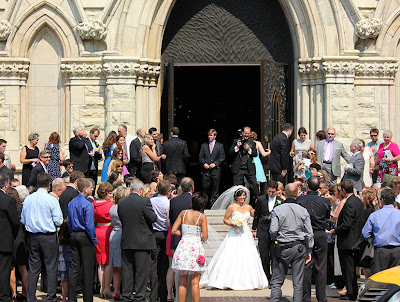 A truly great city is not constrained.  It incorporates the universe.  From all across the nation, the best, the most ambitious and aspirational - and also no small number of the worst - choose to move there because that's where the action is.

If it doesn't actually kill you, Chicago will break your heart.   Chicago will also make you feel more fully alive than you ever imagined possible. 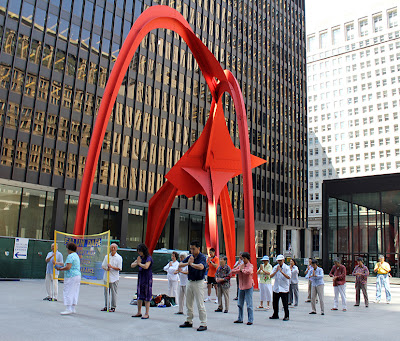 That is the glory and terror.  It doesn't allow you to just move in the cocoon of your car through a Potemkin-perfect world between office, home and mall, as is the norm in a "livable" city.  No matter how gleaming the neighborhood, you're never more than a few feet away from the most intractable dark side of human nature. 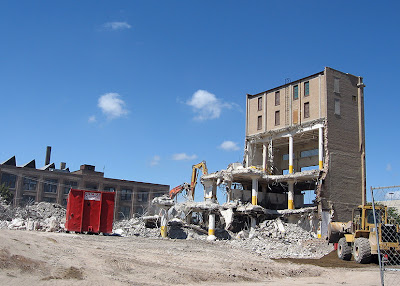 While it's always possible to simply live in denial, for most big-city dwellers, an awareness of the basic contradiction is something we carry with us always.  It can curdle our worldview, or expand it.  Not unreasonably, we all want to live pleasant lives, but a great city, a complex city, a contradictory city, keeps you close enough to the battle lines to at least raise the possibility that you might achieve a moment or two in your life where you actually find a way to stare down the monster in a new and effective way.  Even as you're close enough to the abyss to never entirely forget just how vulnerable we are, you're also close enough to the marvels of a great city to always be aware of the kind of world we can create at our best.  It's not impossible to find such things in a small, ‘livable’ city, just a bit less likely.  The molecules are farther apart, a bit slower in motion; the environment a lot less than heated. 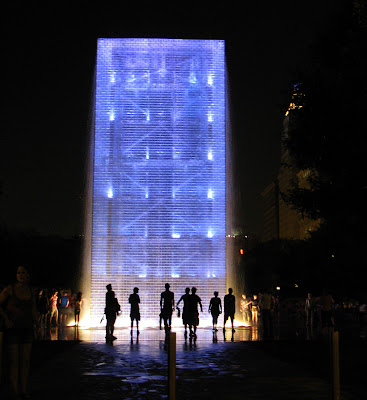 There is no awareness of the exaggerated duality of urban life in a Top Ten or ‘Most’ list.  There's is a binary world - on or off.  It's results are suitable, not for serious discussion, but for arguing - loudly - after downing a few drinks at the corner bar and exhausting more important debate about the Bears. 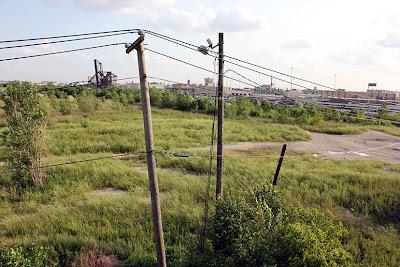 And as you're slugging down your beer, allow yourself a bit of civic pride.   If Forbes is to be believed, Chicago is not only miserable in itself, we can claim to be the source of misery in others.  According to Forbes, the larger Chicago area is a global slough of despond rivaled only by Tunguska, Siberia after the 1908 meteor strike.  Fully a quarter of Forbes 20 Most Miserable are in Chicago's orbit: the city itself, plus Rockford, Gary, Milwaukee, and even the whole of Lake County. Yes, Lake County.  Don't walk, run, to 60045 (or take an Uber limo).  Bang on the doors of the mansions.  Evacuate the residents and exile them from their misery to - let's say - Provo, Utah, which happens to be on the Forbes list of America's Most Livable Cities, along with places like Manchester, New Hampshire, and Omaha, Nebraska, on which Chicago poet Carl Sandburg can be said to have had the final word . . .


I am riding on a limited express, one of the crack trains
of the nation.
Hurtling across the prairie into blue haze and dark air
go fifteen all-steel coaches holding a thousand people.
(All the coaches shall be scrap and rust and all the men
and women laughing in the diners and sleepers shall
pass to ashes.)
I ask a man in the smoker where he is going and he
answers: "Omaha."

I lived in Chicago area for years and loved the place. I now live in Rockford and it's got a lot going for it, too. You're right; Forbes IS like Fox News, all cheap shots, shallow, anti-social, and irresponsible.