111 West Wacker, at Clark Street along the river, may be the oldest new building in Chicago.  A long time ago - 2006 to be exact - the site looked like this . . .
It was called Waterview, and it was to an 80-story tower combining a Shangri-La hotel and luxury condominiums.  As the tower began to ascend, the construction pushed forward with a tall red crane on the roof that rose with the building. 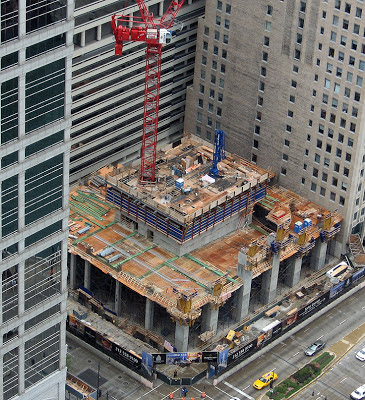 Then came the 2008 crash.  At the 28th floor, construction stopped.  The big red crane stood waiting for a revival that never came.  The next year the city made owners erect a second little red crane, to take down the original big red crane. And so things stood until last November, when a new owner, Related Midwest, staged a second groundbreaking on the unfinished 28th floor.  The 80-story Waterview is now the 59-story 111 West Wacker, a 504-unit apartment structure.

There's now a new crane, but this time, not on the top, but crawling up the side like a inedible red vine, steel instead of licorice.  It's set atop a bridge-like concrete mooring . .  . 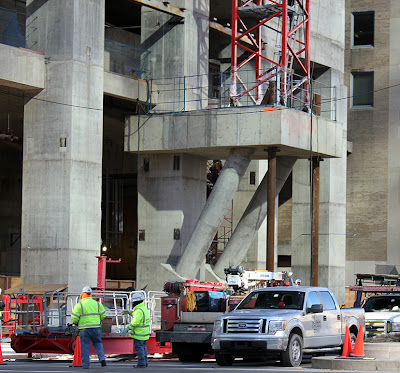 . . . and last weekend there were two more, temporary cranes on site, with the star of the show a fetching  yellow number from Grove . . . 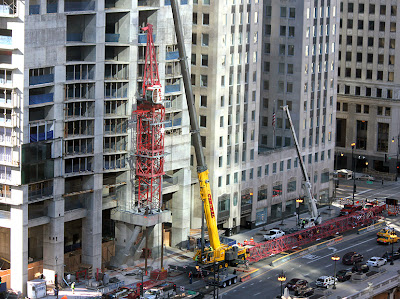 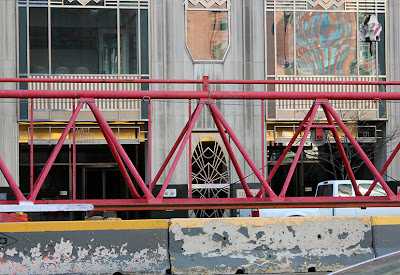 . . . awaiting its mounting by a crew from Crestwood's Central Crane on a momentarily stubby mast . . . 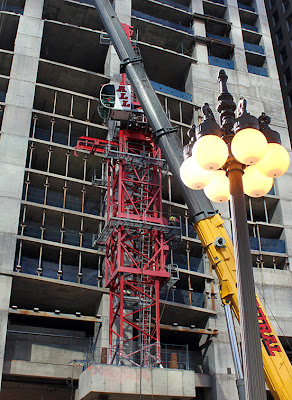 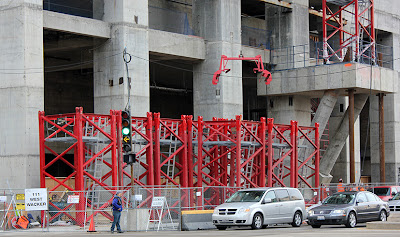 . . . awaiting their turn to be added over the next week as the crane grows, like Jack's beanstalk, on its way up to the rooftop. 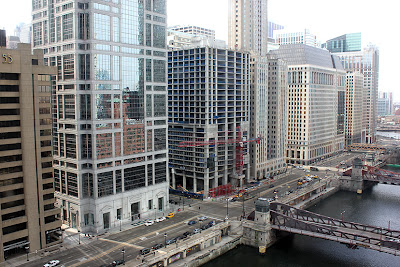 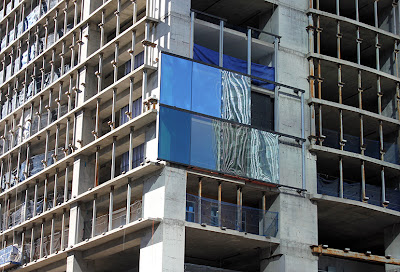 If only we had left it the way it was, we could have mounted a plaque declaring it Monument to the Victims of Overreach and Reversal, and held competitions to do interesting things with the carcass, but Nooooooooo . . .

When it comes to cranes, third time's the charm? 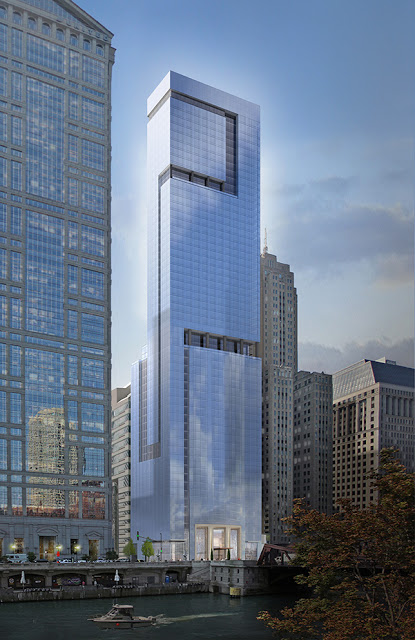 Read: our story and see all the pictures on the building's history and last year's groundbreaking: Waterview has Risen from the Grave!