Not that long ago, Freedom was big.  The 9/11/2001 attack that took down the World Trade Center brought a new appreciation of basic American values, and so it was announced that the WTC would be replaced by what architect Daniel Libeskind called The Freedom Tower, exactly 1776 feet high. A Museum of Freedom was also announced for the Ground Zero site, and in Chicago, the McCormick Tribune Foundation unveiled that it would establish its own Freedom Museum, in the Tribune Tower annex building that was originally constructed as a 600-seat radio studio for WGN.
On April 11, 2006, in a building that had recently been a Hammacher Schlemmer gadget store, the Freedom Museum of Chicago opened its doors for the first time.  Designed by VOA, it had at its center a sculpture by Peter Bernheim and Amy Larimer called 12151791, a name that referenced the ratification date of the First Amendment to the U.S. Constitution.  (Freedom of the Press, don't you know.)  Mounted on a framework of wires were a series of stainless steel plates, each inscribed with words commemorating “a historical record of freedom.” 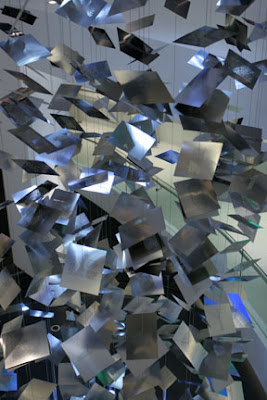 12151791 was to be a work in progress, eventually to number up to 1,000 separate steel plates.  But, just as with the other ‘freedom’ minded projects, ‘eventually’ was never to be.  In New York, Libeskind and his cowboy boots were sent packing, and the Freedom Tower became David Childs bunkered One World Trade Center.  The Ground Zero museum never even got off the drawing board,  falling to the impassioned opposition of an extreme band of 9-11 victim families protesting the possibility that a Museum of Freedom might somehow, someday, exhibit something that they might find offensive. 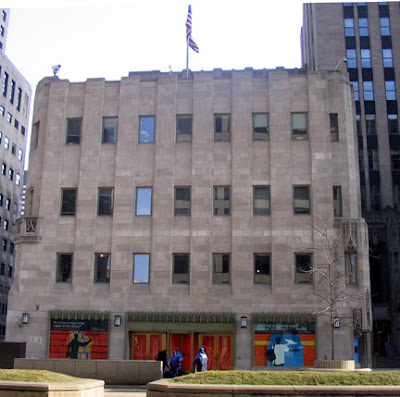 And in Chicago, the McCormick Tribune Freedom Museum closed its doors less than three years after opening, its exhibits and art packed away, with a small portion remounted in The Freedom Express, a big tractor trailer on which, Flying Dutchman-style, freedom is on a never-ending journey of the seven-county area.

What happened? Revisit a story of high hopes and sinking realities, and take a peek inside a vanished interior: